STRATFORD, N.J. - A military dad surprised his son during kindergarten storytime Monday after being apart for nearly a year.

The halls of Parkview Elementary in Stratford, New Jersey, lined with kids with big welcome home and thank you for your service signs tugging at the heartstrings of U.S. Army National Guard Staff Sergeant Joe Mohmo on his way to his 6-year-old's kindergarten class for storytime. The entire school was in on the big surprise. 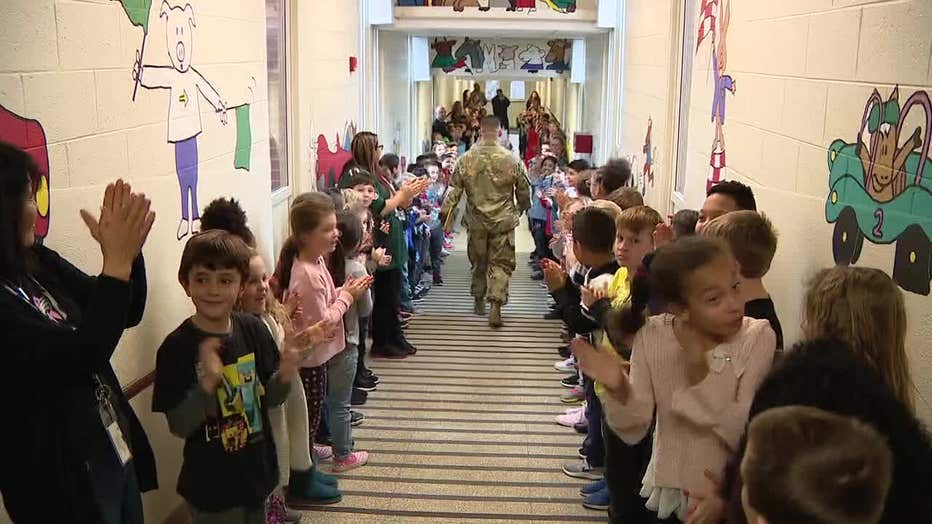 Students lined the halls for as U.S. Army National Guard Staff Sergeant Joe Mohmo made his way to his son's classroom for the big surprise.

The tears were flowing as adults watched from the sideline as he walked into the room to surprise his son also named Jon.

"I've been crying for about a week now," teacher Cindi Long said.

Sergeant Mohmo had actually been hiding out at his in-laws since the weekend. His twin 3-year-old boys also showed up the school for the emotional reunion.

"It was tough. Really was cool what the school did," he said. 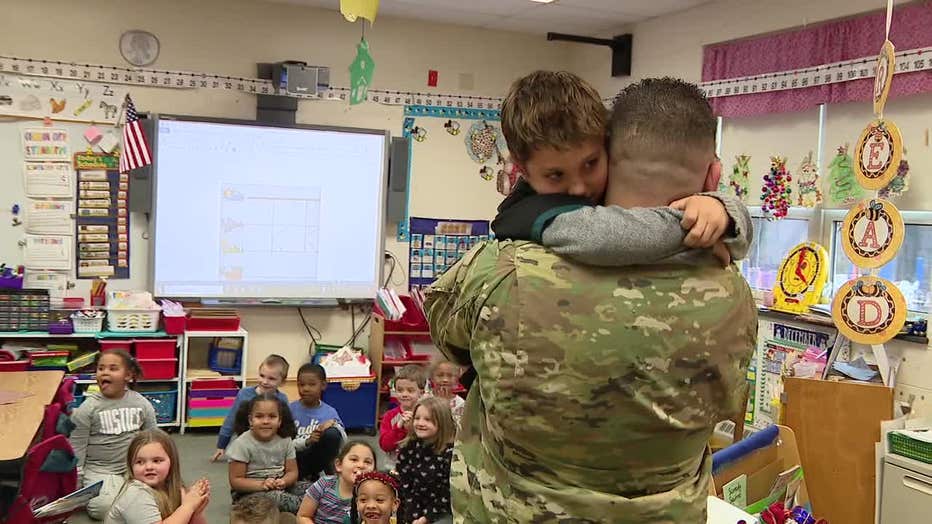 The two share a hug after not seeing each other for nearly a year.