Milwaukee police arrested a 12-year-old boy who they say intentionally fired the gun at the couple outside their home.

MILWAUKEE - A Milwaukee man and his pregnant wife are recovering Tuesday night, March 23 after they were both shot in the face with a pellet gun over the weekend.

Milwaukee police arrested a 12-year-old boy who they say intentionally fired the gun at the couple outside their home near 39th and Sheridan.

The commotion was caught on camera. The couple said they are shaken up but grateful their injuries aren't worse.

Keith Frank Jr, who has lived in the area for nearly a decade, said around 4 p.m. Saturday, March 20 he and his wife, Hannah, planned to take their four children to the park.

"Two kids were walking down the alley. I said, ‘oh hey guys how are you doing?'" Keith Frank Jr said. 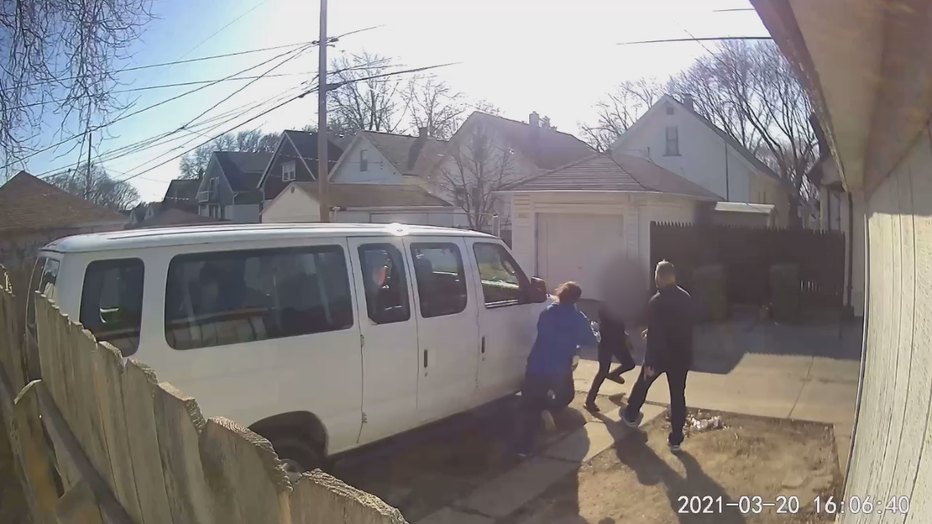 With the kids and stroller in the van, the couple was nearly ready to go -- when popping sounds stopped Frank in his tracks.

"I see the two kids have stopped and they are pointing something at us, and they start shooting at us," said Frank. "I felt one kind of go through my hair, so I jumped back. And I ran after them to go get them."

Spotting the boy nearby, Frank said he grabbed the gun, then walked him back to the van.

"As I got back, my wife was like, our window is shattered," Frank said. "This isn’t a toy, this is a weapon, it’s dangerous, it’s shooting at me and my wife and my kids are in the car." 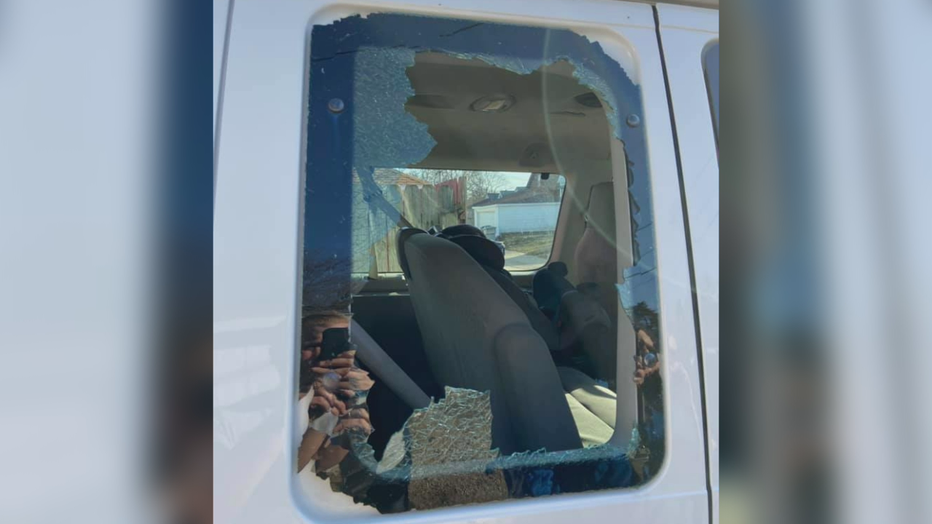 Holding the pellet gun, Frank told the boy he wanted to talk with his parents.

"I had let him go, he said, ‘oh yeah?’ and he stepped back and he pulled out a second gun," said Frank.

That's when the 29-year-old was shot in the forehead; his wife, in the cheek. Police responded and took the 12-year-old boy into custody. 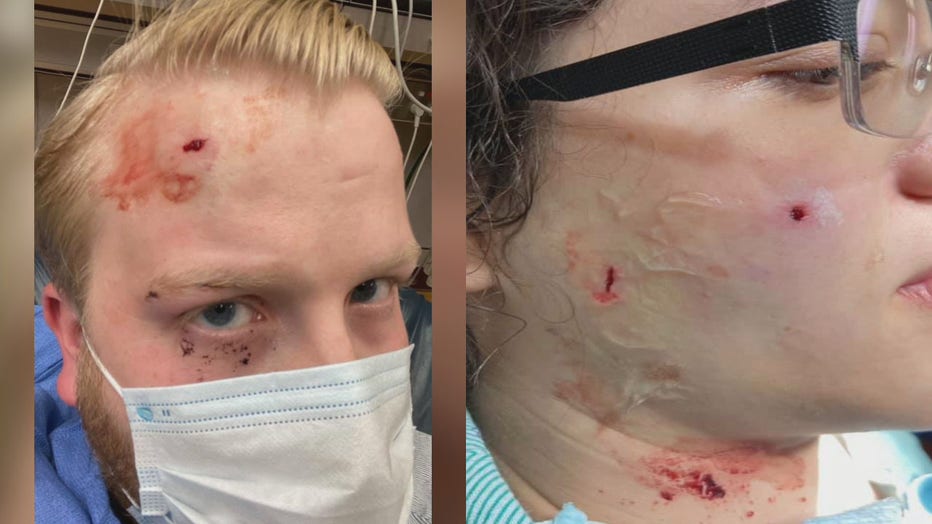 In the emergency room, a doctor was able to remove the pellet from Keith Frank Jr's forehead. Hannah Frank's wound was so deep, she was told she will need plastic surgery to have it removed.

Milwaukee police said criminal charges against the 12-year-old boy would be referred to the Milwaukee County District Attorney's Office.

The couple's four children who were in the car as the incident unfolded were not hurt.

A friend of the couple has started a GoFundMe page to help cover Hannah Frank's surgery, and to pay for damage to the couple's vehicle. Follow the link below or visit gofundme.com.