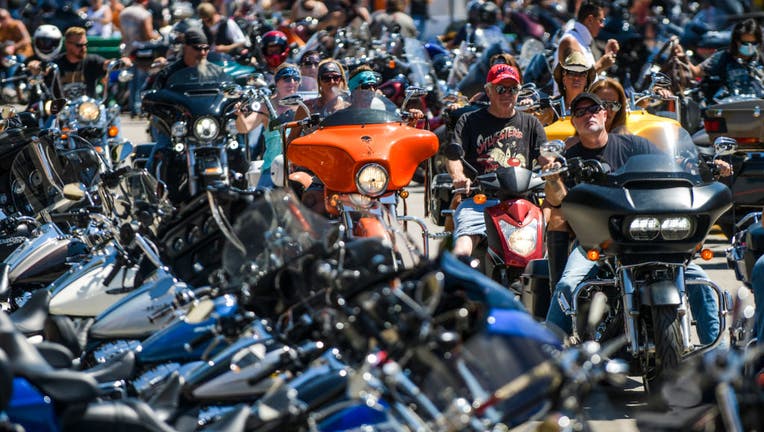 ST. PAUL, Minn. (FOX 9) - Minnesota health leaders are asking Minnesotans who will be attending the annual Sturgis motorcycle rally in South Dakota to voluntarily self-isolate for 14 days after they return.

"Nobody likes to tell people they shouldn't go out and have fun and live their lives, but the hard truth is we are in a historic pandemic," said Health Commissioner Jan Malcolm during Friday's coronavirus briefing.

While the Harley shop and service center in Delano has been extra busy, it’s likely not as many riders will be heading west this year. Sturgis rally organizers tell us that the rally will look different this year, and they’re expecting fewer people.

For those who choose to go, Malcolm asks they consider avoiding areas where disease transmission may be likely, such as a crowded bar. While the South Dakota Department of Health recommends wearing a mask or face covering in public places, the state does not have a mask mandate in place.

By asking Minnesotans to voluntarily quarantine when they return, health officials hope to reduce possible spread connected to the event.

"This is especially important if you have a job that puts you in close contact with high-risk groups," said Malcolm. "And we are again asking Minnesotans themselves who are in a high-risk group to very seriously consider the risk you might be running for yourself."

While some compare the outdoor gatherings at Sturgis to the large rallies held in Minneapolis following George Floyd's death, Malcolm says the state of the pandemic has changed since two months ago. Now, health officials are seeing a much greater degree of community transmission.

"The significant difference was much of the transmission was coming from known sources of outbreak, in congregate care settings or in workplace settings that yes, indeed did spread into the community, but the point of origin was a little more easy to identify," said Malcolm.

While about half a million people went to the Sturgis rally last year, organizers say they are expecting close to 300,000 to come this year. All downtown Sturgis events have been canceled, but concerts at campgrounds outside the city limits are expected to go on.