Tropical Storm Isaias caused major problems on the subways and commuter railroads in the New York area. NJ Transit, LIRR, and Metro-North service was suspended for much of the day. Reported by Richard Giocovas

NEW YORK - Service on all three commuter railroads in the New York City metropolitan area was suspended on Tuesday because of the dangerous effects of Tropical Storm Isaias.

The Long Island Rail Road and the Metro-North Railroad were suspended systemwide for most of the day, the MTA announced. New Jersey Transit rail service is also on hold systemwide due to "overhead wire and signal issues," the agency said.

Shortly after 9 p.m., the LIRR Far Rockaway and Long Beach branches and the Metro-North Hudson Line resumed running but the other branches and lines remained out of service. 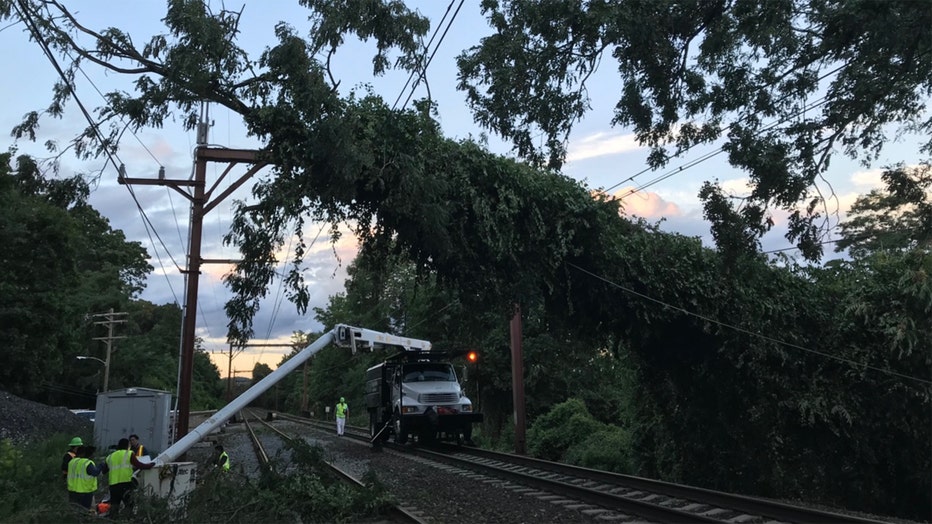 NJ Transit Northeast Corridor rail service out of Penn Station New York resumed temporarily to get commuters out of the city. The transit agency said crews were working to remove trees that had fallen on tracks and taken down overhead wires.

Some outdoor subway stations in New York City are closed. Service on the Staten Island Railway and some subway lines that run above ground is suspended.

"We’re suspending some outdoor service, and are running underground-only service in parts of the city until winds die down," the MTA said.