FOX 29's Jeff Cole has the latest on a woman accused of killing her family members in Tacony.

PHILADELPHIA - Damyrra M. Jones, 28, has been arrested after allegedly shooting and killing her two small children and the father of the children Monday night, authorities reported.

Officials say Jones has been charged with three counts of murder and two counts of endangering the welfare of a child and was arrested on Oct. 15, about 6 p.m. on the 10800 block of Knights Road.

Jones was arrested in connection into the triple homicide of Max Alcindor, 35, and two young girls at a row home on the 6300 block of Hegerman Street.

The shooting, which happened shortly before 10 p.m. Monday, resulted in all three receiving gunshot wounds to the head.

Both girls, a 4-year-old and a 10-month-old were rushed to St. Christopher's Hospital for Children where they were pronounced dead shortly afterward. 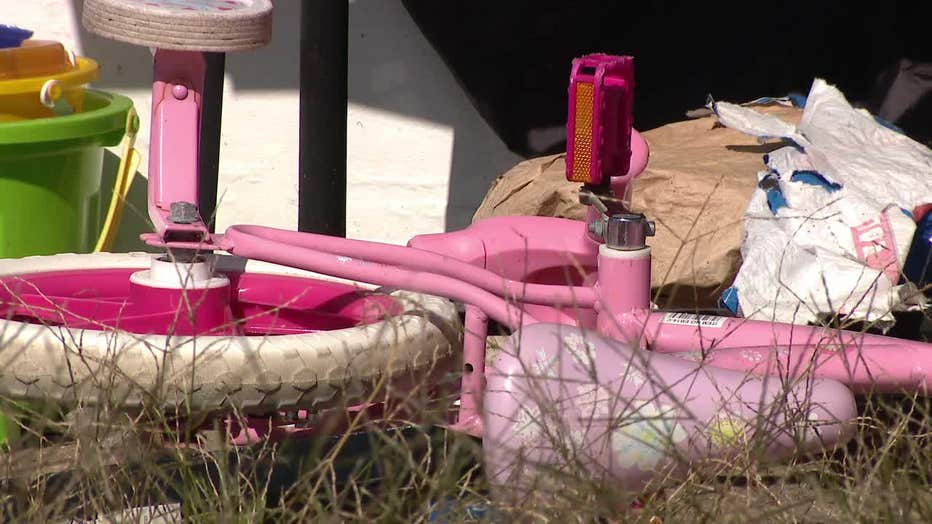 Police say they found Jones shot in the head, face down with a gun in her hand and still alive.

"Subsequently went to her home where her husband was with the two small children and shot all three before turning the gun on herself," Philadelphia Homicide Unit Captain Jason Smith said at a Tuesday press conference.

Smith said that she had purchased the gun legally the day before, and on the way to the hospital, she "admitted to shooting everyone and demanded not to be resuscitated."

A neighbor's cell phone video captured the tense moments when police rushed the wounded children to the hospital. Smith said there had been "domestic discord" involving child support payments.

The woman's sister, who asked not to appear on camera, says the couple broke up.