At least 6 hurt in SEPTA bus crash in North Philadelphia

NORTH PHILADELPHIA - Officials say at least six people have been injured after a SEPTA bus collided with a pickup truck and veered into a used car lot Friday morning in North Philadelphia.

SEPTA says a Route 47 bus was traveling northbound on 5th Street when it crashed into a truck and ran off the road into a parking lot. 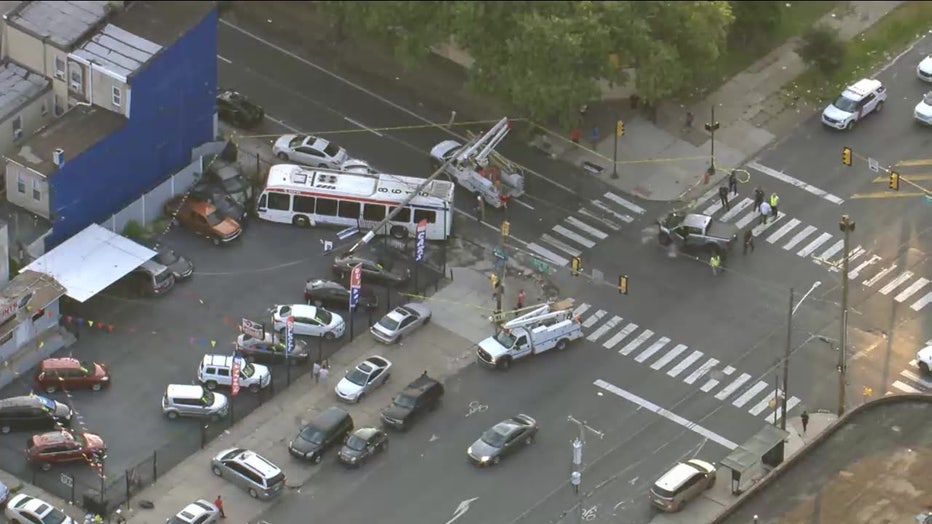 SEPTA says multiple people have been hurt after a bus and truck collided Friday morning in North Philadelphia.

Footage from the crash scene shows the SEPTA bus crashed through a wrought iron fence and into several parked cars. The crash also left several downed wires in its wake.

SEPTA did not provide information on the extent of the injuries.