Biden took the stage and shortly after he began speaking, a small group of NAFTA protesters were escorted out by security at Detroit Renaissance High School. "NAFTA killed our jobs" banners were held up by the protesters. 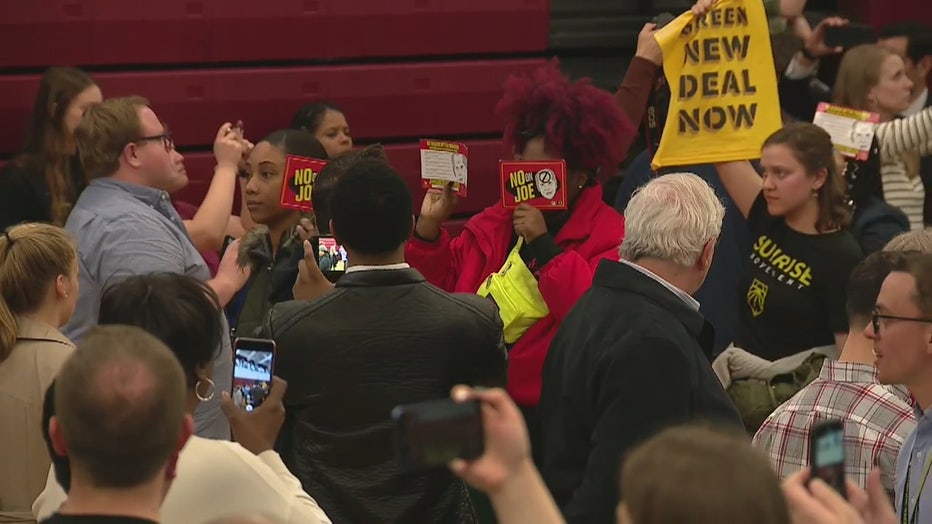 After that flap was settled, another disturbance arose with a large group of about 25 people holding Green New Deal signs and 'No on Joe' signs began chanting.

Supporters chanted back, "Let's go Joe" as Detroit police swarmed the protesters, escorting them out. 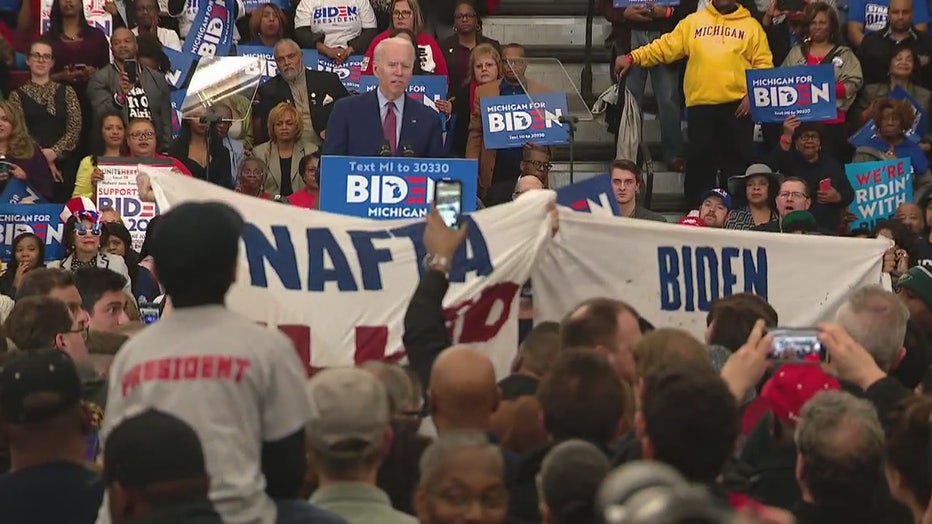 At one point Biden looked at security and said "let them go." 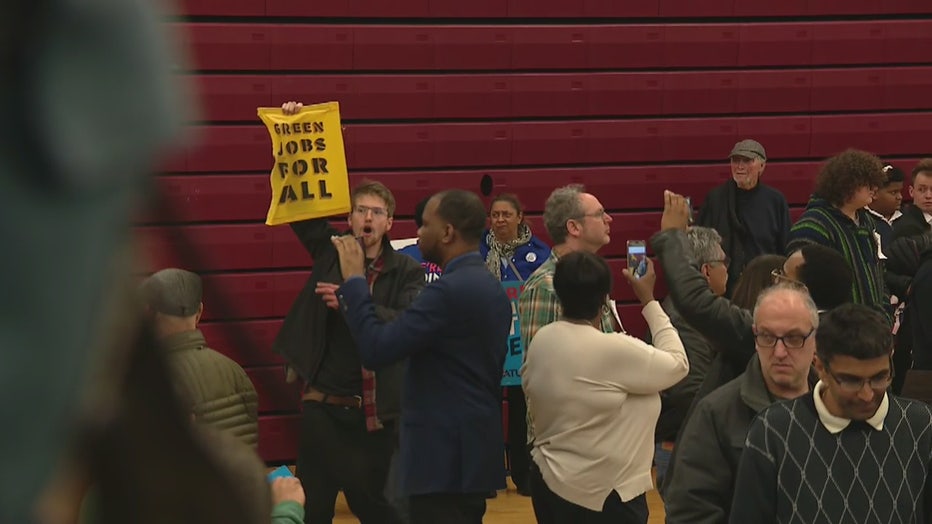 The crowd disprupted Biden, who said "folks" numerous times as shouting broke out. 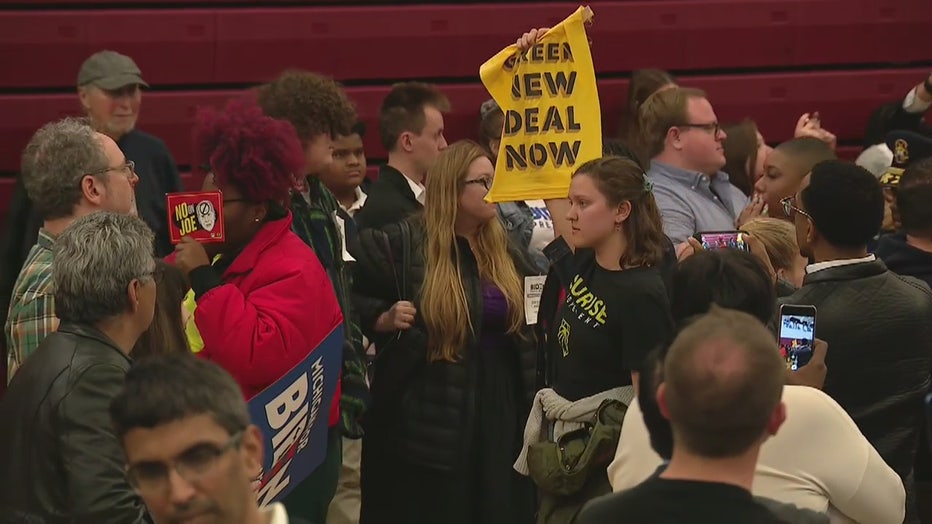