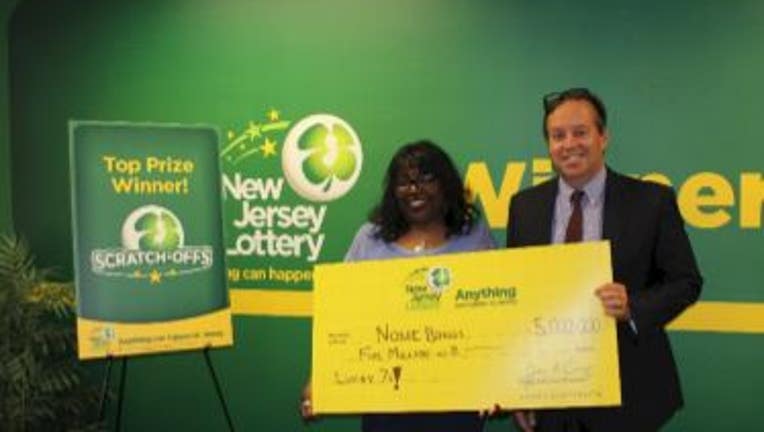 BERGEN COUNTY, N.J. - A New Jersey woman believes a prayer is responsible for winning $5,000,000 on a scratch-off lottery ticket.

Nonie Briggs, of Bergenfield, regularly played the lottery before her recent win. After praying to her late mother for a blessing, Nonie was asked to cover a shift for a coworker. She agreed and on her way to her job, she picked up a $30 Lucky 7s Scratch-offs ticket alongside her breakfast.

Using money won from one of the previous ticket, Nonie bought a fourth ticket and pocketed the leftover change.

While still in the store, Nonie scratched off the ticket and immediately began to cry when she saw the prize this time. She had just won $5,000,000.

When the retailer scanned the ticket to confirm her win, she began jumping up and down while screaming.

Nonie and her family plan to invest and save their winnings for the future.

Her lucky ticket was bought at Oprandy's Wine & Liquor on 481 North Dean Street in Englewood.