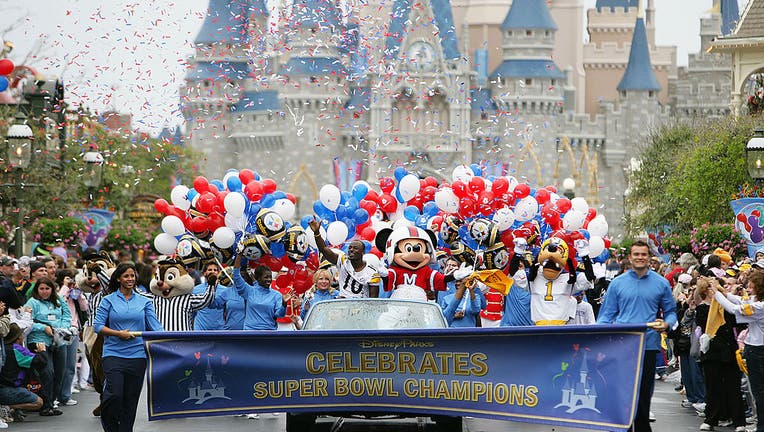 ORLANDO, Fla. - It's been a Disney tradition to host the annual Super Bowl parade with the MVP as fans cheer throughout the park.

Because of the COVID-19 pandemic, the parade will be skipped this year. But Disney will keep one tradition for fans to enjoy and to celebrate Super Bowl weekend.

| COMPLETE GUIDE TO THE SUPER BOWL |

The commercial will air after Sunday's game. The long-running Super Bowl tradition was created by Disney in 1987 when New York Giants quarterback Phil Simms first appeared in the commercial following the team’s Super Bowl victory.

This year, it will either feature a player from the Tampa Bay Buccaneers or the Kansas City Chiefs.

RELATED: What fans can expect this weekend in Tampa, the Super Bowl city

Disney says it hopes to bring back the beloved traditions next year, including letting football and Disney fans see and cheer on their favorite player in the park.

Watch FOX 35 for the latest on the Super Bowl.