North Carolina firefighter reunited with two dogs lost by I-270

On Sunday, the two dogs belonging to a North Carolina firefighter were discovered after a week of being lost and on their own in Maryland.

HYATTSTOWN, Md. - On Sunday, the two dogs belonging to a North Carolina firefighter were discovered after a week of being lost and on their own in Maryland. The dogs ran from their owner after Brian Shelton's vehicle crashed as he was on his way to New York to meet his son for the holidays.

"I can't say enough about the people of this county, this whole area," said Shelton on Sunday, "the first responders of the crash – I've seen police cars when I've gone out to check traps, I've seen Montgomery County Police, Park Police, the local fire departments just kind of drive around looking, and day and night just keeping their eyes open – thousands of people that have shared it and called in sightings and offered help anyway they can … it just blew me away."

The firefighter also made sure to thank the Lost Animal Resource Group for all of their work. The team brought in a K9 tracker to help find Shelton's two rescue dogs. 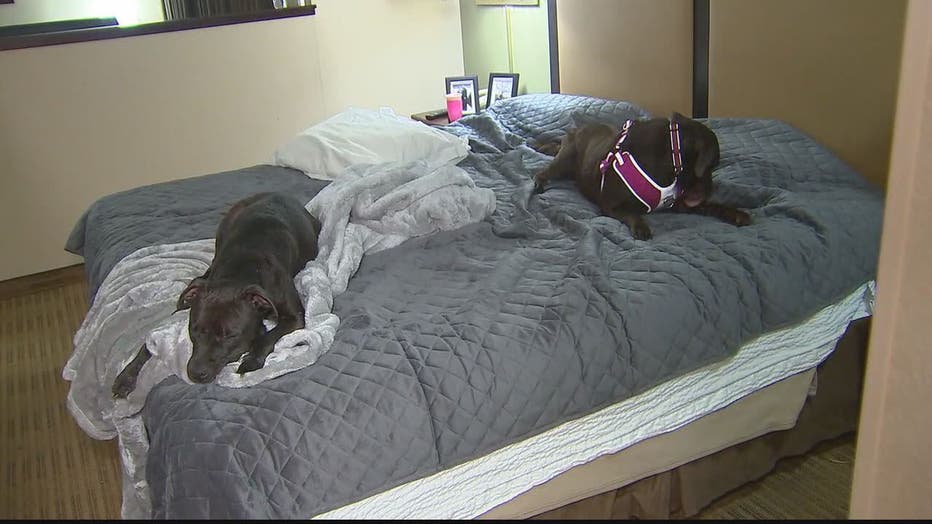 Just before the New Year, Shelton was driving his struck on I-270 northbound near the Sugarloaf Mountain area when he says a tow truck struck him. Shelton says the crash was so bad, it left him slightly dazed. Bystanders who ran to help, opened the door to his truck. That's when Shelton tells FOX 5 the dogs ran out.

Shelton tried to look for them but eventually had to go to New York to pick up his son. He returned on New Year's Day to continue the search and had planned to be in Germantown for at least another week until the Sunday discovery.

The dog dad said Sunday, he got a call about Ena, a lab mix, and found her in the Hyattstown area. Later in the, Caleb, a pit mix, was discovered in Clarksburg. Shelton said both had ticks all over them and some cuts -- but for the most part, both are okay. They'll be seeing a vet on Monday. 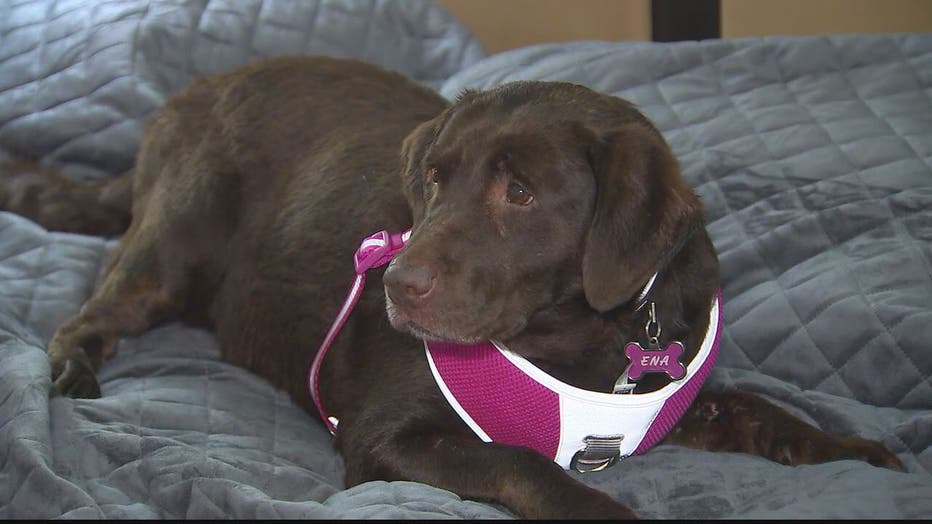 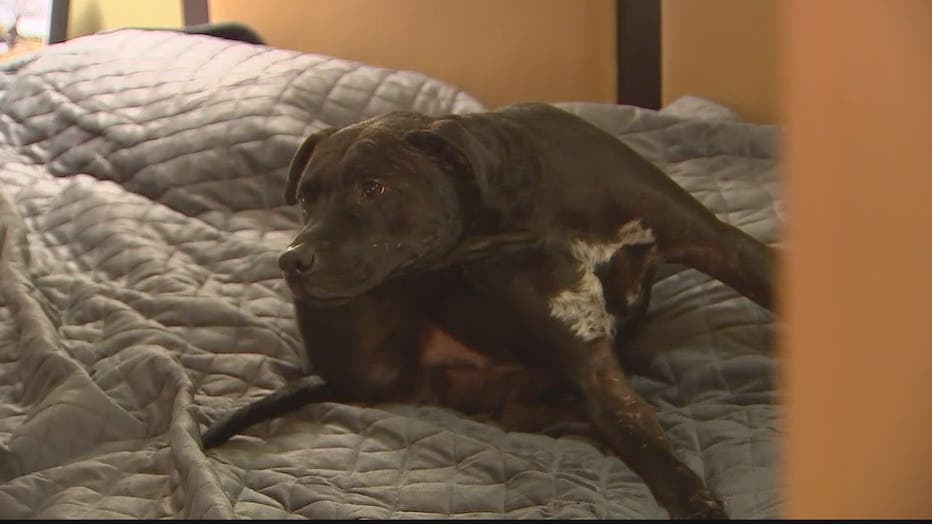 Shelton said he named one of his dogs "Ena" because it means "blessed one" in Irish. He laughed Sunday, telling FOX 5 the name is a good fit.

Shelton says both dogs are around 5-years-old and that he adopted Ena and Caleb as early as one-year-old or younger. Grateful for the support, Shelton said he'll be coming back and is already planning to make several visits on Monday to thank those who helped.