In what is being called one of the most disturbing cases in Suffolk County's history, a NYPD police officer and his fiancee have been arrested and plead not guilty to murder charges in the death of the officer's 8-year-old son.

Police responded to a call at the couple's Bittersweet Lane home in Center Moriches on Jan. 17 at about 9:40 a.m. to a report that Thomas Valva had fallen in the driveway and lost consciousness.  Investigators say that Thomas Valva had never been in the driveway that morning and had suffered head and facial injuries that were not consistent with the story his father had told police.

The boy was rushed to Long Island Community Hospital where he died.  Autopsy results later revealed he died from hypothermia. When the boy was taken to the hospital, his body temperature was only 76 degrees.  Authorities say he had been subjected to freezing temperatures overnight in the unheated garage when the outside temperatures dipped to 19 degrees.

“We believe Thomas was kept in the garage all night proceeding his death,” said Suffolk County Police Commissioner Geraldine Hart. 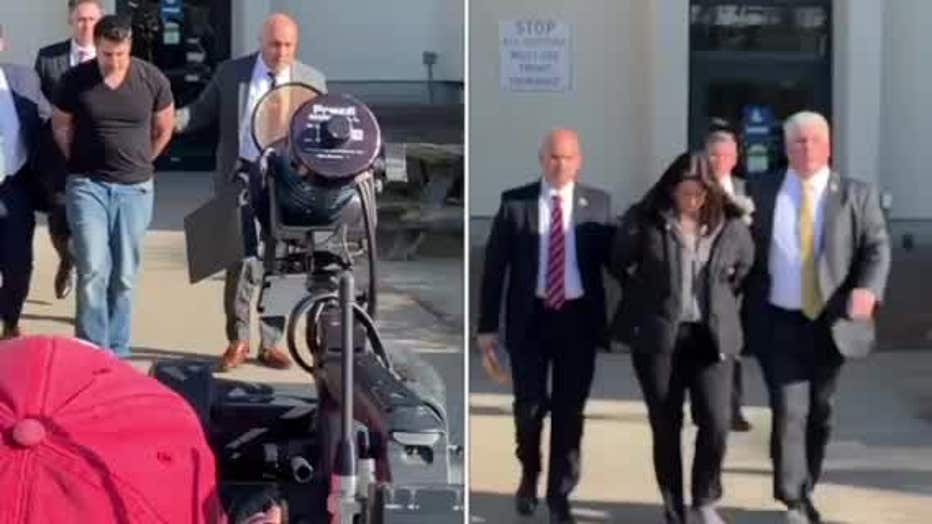 Valva and Pollina, Valva's fiancee, were raising three kids from his previous marriage. Investigators claim that home security cameras shed light on abusive behavior including unsafe conditions and food deprivation. Police are also looking into allegations from the school district citing abuse and neglect specifically involving Thomas and his older brother who were both on the autism spectrum. A welfare check on the family was done last year but no other details were given.

The attorney representing both defendants says his clients maintain their innocence.

”Anyone can point a finger,” said Matthew Tuohy. “It’s certainly a tragedy. Right now, my clients- it’s speculation and conjecture.”

The NYPD confirms Valva joined the force in 2005 and has been suspended without pay. He and Pollina are being held without bail and due back in court next week.

A GoFundMe page was created to help the boy's family.