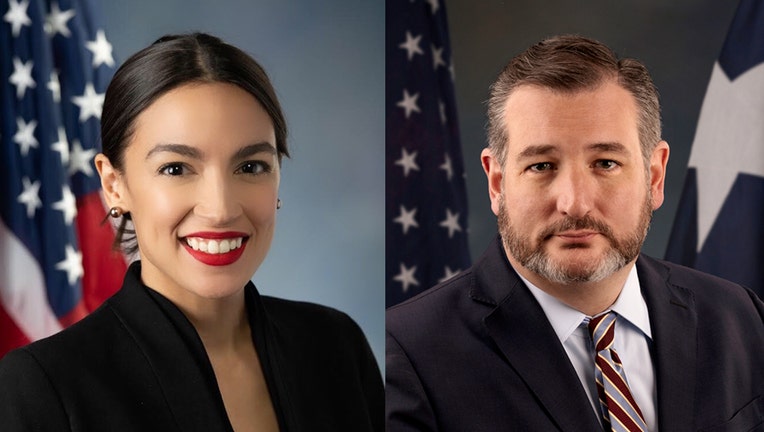 NEW YORK - U.S. Rep. Alexandria Ocasio-Cortez, a Democrat, and U.S. Sen. Ted Cruz, a Republican, likely don't agree on much. So when they found themselves on the same side of a hot-button issue, it's no wonder that agreement even turned into conflict — with the word "murder" in the mix.

Ocasio-Cortez, the star second-term congresswoman from New York, said she wants to hold hearings on why the popular trading app Robinhood blocked its users from trading GameStop stock amid that security's rocketing price due to an effort by members of a Reddit forum to squeeze massive hedge funds.

Robinhood restricted shares in GameStop, AMC, Bed Bath & Beyond and other securities because of recent volatility to "position closing only," Fox Business reported.

"We now need to know more about @RobinhoodApp's decision to block retail investors from purchasing stock while hedge funds are freely able to trade the stock as they see fit," AOC tweeted. "As a member of the Financial Services Cmte, I'd support a hearing if necessary."

Cruz, a conservative Texas lawmaker and Trump ally who is likely eying another run for president, quote-tweeted Ocasio-Cortez with the words: "Fully agree."

Well, AOC wasn't having any of Cruz's purported bipartisanship.

"I am happy to work with Republicans on this issue where there's common ground, but you almost had me murdered 3 weeks ago so you can sit this one out," the Bronx-and-Queens congresswoman fired back. "Happy to work w/ almost any other GOP that aren't trying to get me killed. In the meantime if you want to help, you can resign."

Ocasio-Cortez was referring to the insurrection in Washington, D.C., on Jan. 6 when pro-Trump rioters forced their way into the U.S. Capitol while Congress was formalizing Joe Biden's victory over President Donald Trump. Rioters swarmed the building, looted and vandalized congressional offices and the House chambers, and reportedly searched for elected officials.

Several Democrats, including Ocasio-Cortez, have demanded that Cruz and Sen. Josh Hawley, R-Missouri, resign from Congress for stoking anger about Biden's presidential victory by questioning the legitimacy of the election. Even after police quelled the riot and lawmakers resumed counting the Electoral College votes, Cruz contested Biden's win and called for a 10-day "emergency audit" of voter fraud claims.

Ocasio-Cortez has repeatedly said she feared for her life the day of the Capitol riot.

"I can tell you that I had a very close encounter where I thought I was going to die," she said during an Instagram Live. "And you have all of those thoughts where, at the end of your life … all of these thoughts come rushing to you. And that's what happened to a lot of us on Wednesday and I did not think — I did not know if I was going to make it to the end of that day alive."

AOC: 'I thought I was going to die' during Capitol riot

The GameStop saga on Wall Street, spiraling into even more insanity as renegade traders from Reddit continue to pump up the red-hot stock and upend the markets.

The FBI has arrested a Texas man for taking part in the riot and calling for violence. Authorities said he posted a tweet that said: "Assassinate AOC."

When asked about Ocasio-Cortez's tweets, Cruz reportedly said a lot of Democrats have "partisan anger and rage."

"It's not healthy for our country, it's certainly not conducive of healing or unity, but everyone has to decide how they want to interact with others," Cruz said, according to a pool report from Capitol Hill, as shared by a reporter from Roll Call.

"Oh, there’s anger? Now why would there be anger that Cruz amplified known lies about our election that fueled an insurrection that cost ppl’s lives?" Ocasio-Cortez tweeted in response to the pool report. "What does he think the logical response to his lies should be? A hug? Maybe there’s anger bc his actions deserve accountability."

In an IG Live session, Rep. Alexandria Ocasio-Cortez called President Trump a traitor. She said she feared for her safety during the riot at the U.S. Capitol.