FISHTOWN - Officials say an anti-racism art display that was painted on a city street in Philadelphia will remain until it naturally fades away. 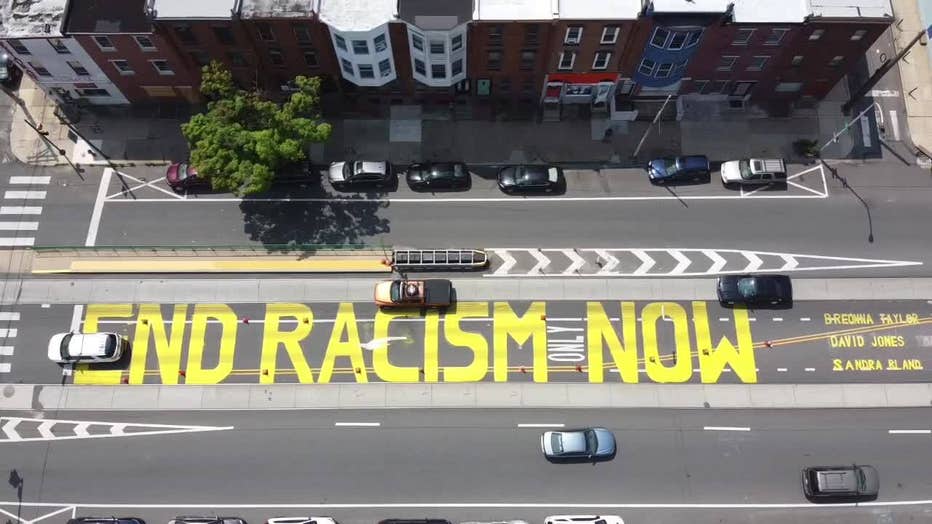 Fire officials allowed the organizers to complete the artwork and notified them that it would be allowed to stay until it naturally faded.

Organizers, however, told city officials that the paint could be removed after they captured inspiring images. Philadelphia fire says the organizers wanted to ensure the safety of the street with clear driving lines.

The artwork appears to be inspired by the bold yellow 'Black Lives Matter' display seen written on the street in Washington D.C. 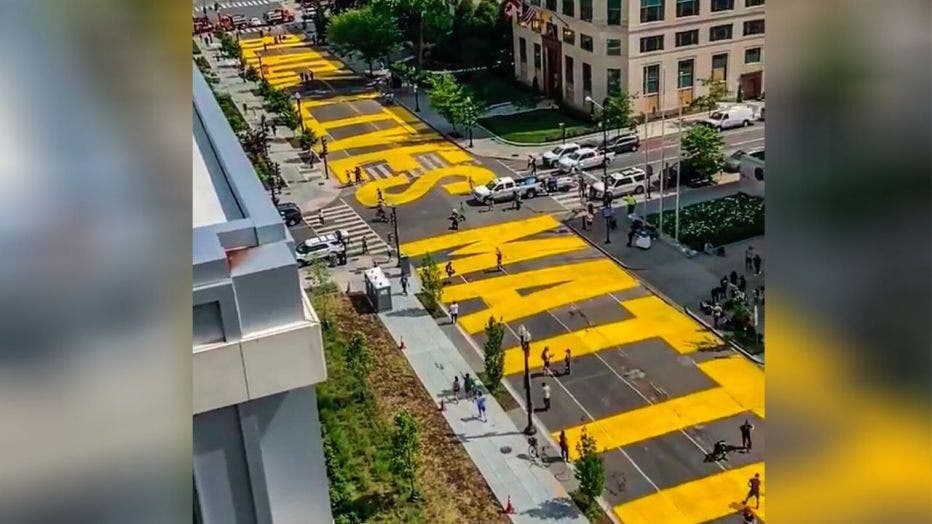 The capital city's painting, done by D.C. Department of Public Works, spans the width of 16th Street and will run from K Street to H Street at Lafayette Park near the White House.