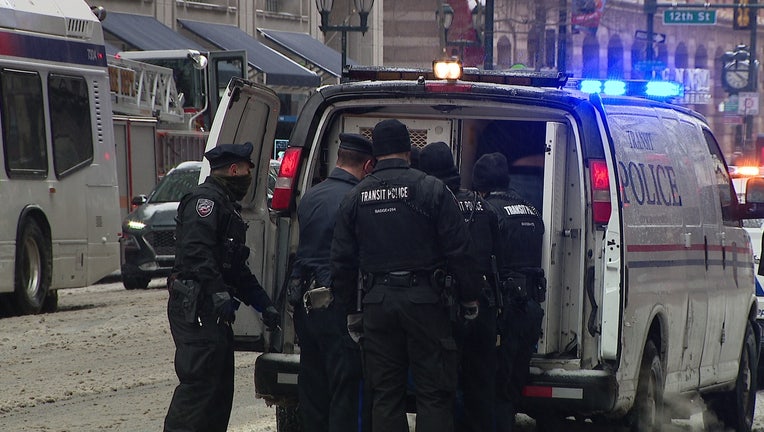 SEPTA officials say a woman was struck by a SEPTA train and killed at the 13th Street Station on the Market-Frankford Line.

CENTER CITY - A woman has been killed after being struck by a SEPTA train, officials announced Monday.

Emergency personnel were called to the westbound side of the 13th Street Station, on the Market-Frankford Line, Monday, about 9:30 in the morning.

Officials said a woman fell off the platform and onto the track below as a train was approaching the station.

Medics pronounced the woman dead at the scene.