PENNSPORT - Residents of a South Philadelphia neighborhood were busy Friday keeping their basements dry as Tropical Storm Fay tore across the city. They say an ongoing road project has left their basements defenseless from torrential rain.

The 200 block of Watkins Street in Pennsport has been ripped up for about a year, according to those who live there. The ongoing sewage and water main replacement project has left the road a disheveled mess, and when it rains the road leaks into basements.

"There's so much water, I keep vacuuming it out," Anna Kisiel said. She's lived on the street for 10 years and detailed some of the intrusive work that has been done. 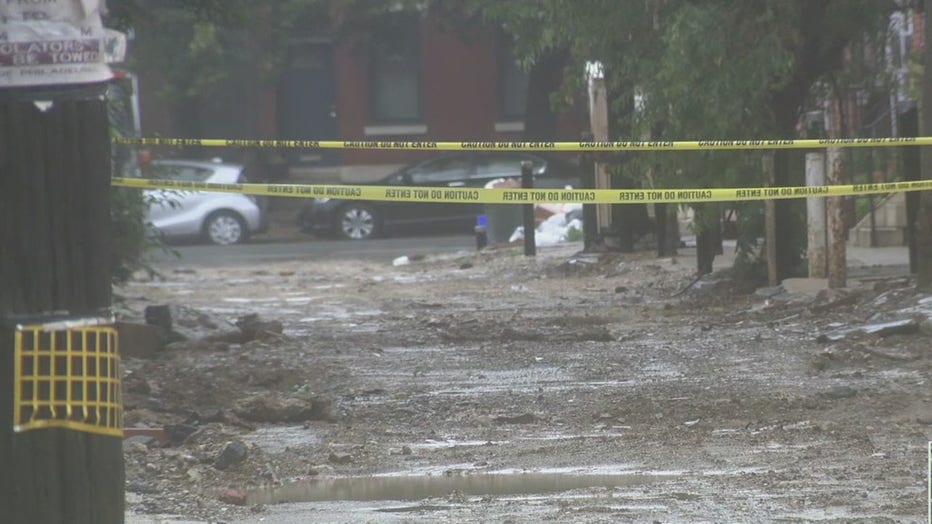 Nearby, a daycare was forced to evacuate after its basement classroom started to leak brown water.

"It's just time for this to be resolved," Executive Director of YCCA on 2 Alexis Birnbaum said. The school sent out an emergency text alerting parents of the situation at the school.

Meanwhile, DePaul and Son's contractor are working with flood victims to process the claims.