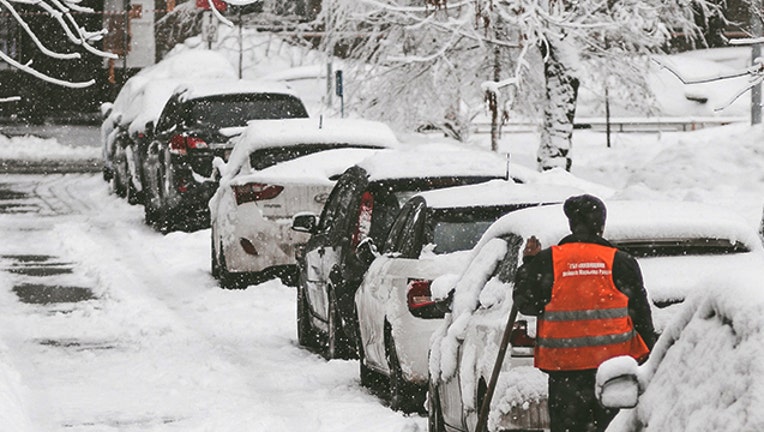 PHILADELPHIA - The Pennsylvania Senate has unanimously approved a new bill that would strengthen current state law and mandate that drivers remove ice and snow from their vehicles.

Officials who introduced Senate Bill 114 cited the immense dangers that snow or ice-covered vehicles pose to those on the road.

The bill, which gained 49 “yay” votes to zero “nay” votes, would give police officers the option to use discretion to pull over a vehicle if the buildup of ice or snow poses a potential hazard.

RELATED: Why it's important to fully clear snow off your car before hitting the road

“Many times while driving on our roadways, we have all been the victim of falling snow and ice coming from other vehicles. This is not only extremely dangerous, but can also lead to injuries and fatalities,” Sen. Lisa Boscola and Sen. Daniel Laughlin wrote in a memo dated Dec. 3, 2018.

Senate Bill 114, also known as “Christine’s Law,” was created in honor of Christine Lambert – who died on Christmas Day in an accident caused by a chunk of ice falling from another vehicle onto her car. Officials cite her death as one of the reasons the legislation is needed.

Sen. Boscola has been advocating for a measure of this kind since Lambert’s death nearly 14 years ago, reports show.

Shortly before Lambert’s tragic death in 2005, Sen. Boscola and other state officials introduced SB 902 that sought to amend state law regarding the removal of snow and ice from “certain vehicles”.

If passed, the law would apply to all drivers, including commercial drivers, and mandates that drivers would have 24 hours after the end of a weather event to clear their cars of potentially dangerous accumulation.

Drivers who are found in violation of the law would be subjected to a fine between $25 to $75 for each offense regardless of whether or not any accumulation became dislodged.

Currently, state law dictates that drivers can only be penalized with a fine between $200 and $1000 only if dislodged snow or an ice projectile causes death or serious bodily harm to another driver or pedestrian.

The proposed legislation also seeks to amend previous regulations to increase the fine to a maximum of $1,500 in the case of death or serious bodily harm.

“Hopefully, this measure would encourage more people to clear snow and ice from their vehicles,” Sen. Boscola said.

For over a decade now, the law has been met with resistance although the memo says “the PA State Police indicated their support for the concept of this legislation” as of the 2015-16 session of the Senate Transportation hearing.

Although it has been passed by the Senate in previous sessions, it has not been taken up by the House of Representatives.

Monday’s unanimous vote will ensure that the House of Representatives will review the proposed bill and take it under consideration.