Parks and Recreation not enforcing health guidelines after parks reopen

PHILADELPHIA, Pa. - The Department of Parks and Recreation replaced basketball hoops North Philadelphia this week after removing them at the onset of the coronavirus pandemic, and officials expressed disapproval.

“You’re inviting danger into the whole community. They become super spreaders.” said Rick Ford, Vice Chair of the Parks and Recreation Commission and President of the Advisory Council of Mander Playground in North Philadelphia.

He continued, “There was 100 people out here playing basketball yesterday. They’re sweating, they’re spitting, they’re shouting, they’re hollering and so those droplets are travelling.” 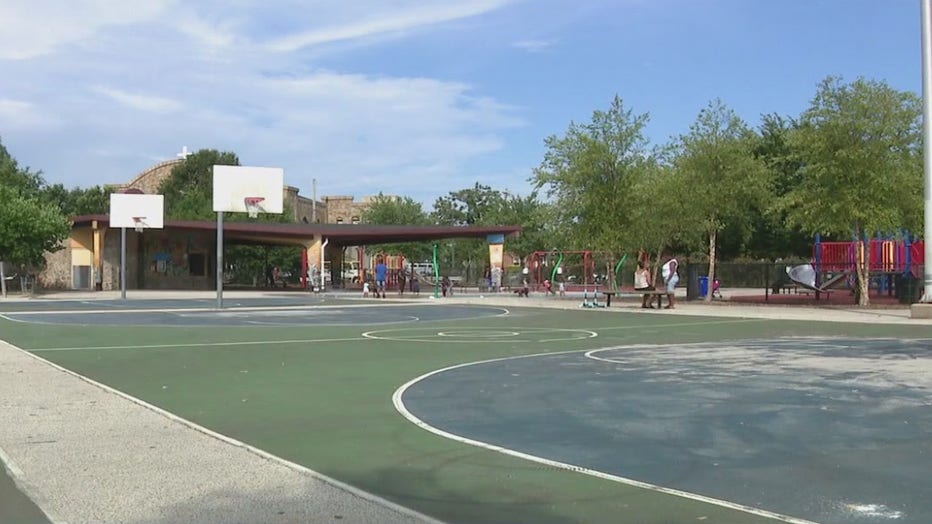 Ford also added that the building is locked after the center’s summer camp ends at 3 p.m.

“I called Commissioner Ott on her phone and said hey whose decision was that to do that? We’re in the middle of a pandemic,” said Ford.

Commissioner Kathryn Ott-Lovell’s Office of Parks and Recreation issued a statement saying in part: “Basketball plays an important role in many Philadelphians’ physical and mental health. As the City Reopens with Care into a modified green phase, outdoor sports are permitted, with some important safety modifications. These include masking and keeping at least six feet apart.”

Ford said that opening parks early is a bad decision that sends the ‘wrong message’ about the coronavirus.

“What are you saying to people? Play ball, go home and pass this on to somebody else?” he said.