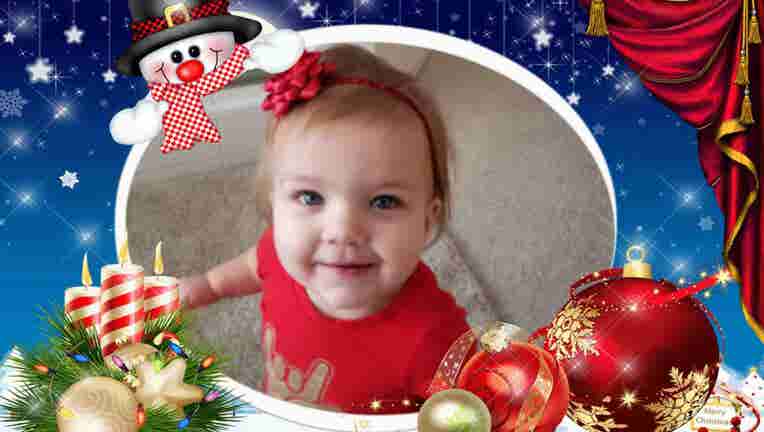 Courtesy of the Talboys family

MESA, Ariz. - Mesa Police officials say a one-year-old girl who was found in a pool at a residential area Friday died, then showed signs of life soon after and is listed in very critical condition.

According to Mesa Fire officials, crews responded to a home southeast of the intersection of Southern Avenue and Greenfield Road for a drowning call, and when crews arrived, they discovered that the girl was already removed from a swimming pool by family members.

The girl was taken to a hospital. On Friday she was declared dead, but on Saturday, police released an update saying she showed signs of life and is again, in critical condition.

"At some point, the child showed signs of life and hospital staff immediately began administering additional life-saving measures. The child is currently alive and in very critical condition," police said.

A GoFundMe was set up by the family.

In the description of the fundraiser's page, the family describes what led to the baby girl being in the hospital.

"On the morning of December 20th, Lillian and three of her brothers were playing in the backyard, when she slipped and fell into the pool. The eldest son, a hero, was just inside the outside door downstairs and heard our other boys screaming. He ran outside, saw Lillian floating on her back and jumped into the 38 degree water and pulled Lillian out. He firmly smacked her back and ran inside screaming for his mother who was coming down the stairs. Lillian’s mother immediately started CPR and chest compressions. Lillian coughed up water but was unresponsive. The eldest son immediately called 911 as her mother continued to perform CPR and chest compressions. Mesa Police showed up within a matter of minutes and took over CPR. Lillian was rushed to the local Children's Hospital where she continued to receive resuscitation efforts from the trauma staff. A short time later she was pronounced dead for the first time. Her mother thought she still felt a faint heartbeat and the hospital staff again tried to continue to revive Lillian. She was pronounced dead for the second time before noon. Lillian and her mother were then moved to a room where they where waiting for the medical examiner to arrive. Her mother insisted that she had a heartbeat, as she instinctively placed her hand on her baby’s chest and felt a beating heart. She even snapped a picture that showed Lillian’s color returning from pale to a pale pink. Lillian grasped her mother’s hand and moved slightly. Despite medical staff assurances that her baby was gone and those were residual effects, Lillian’s loving mother continued to insist her baby was alive. Efforts then continued to resuscitate and a CT scan ordered. She is now in critical condition with a steady heartbeat, on a ventilator, heart and lung bypass machine so her little body can rest after several attempts to resuscitate. We, as a family, are in constant prayers to the Lord, in our hearts and minds, with gratitude and thanksgiving as we see this as a true Christmas miracle despite the obstacles surrounding her. She is not out of the woods yet, so we ask that you consider donating to her GOFUNDME account and contribute what you can as the family will have incurred heavy hospital bills from the medical attention needed. Through quick thinking of family members, emergency personnel and the faithful, fervent prayers combined with the spirit of a warrior about her, Lillian is fighting to stay with us here on this Earth. Please keep her in your prayers as well and consider donating to help her family with medical costs. Thank you, from all of her family!"