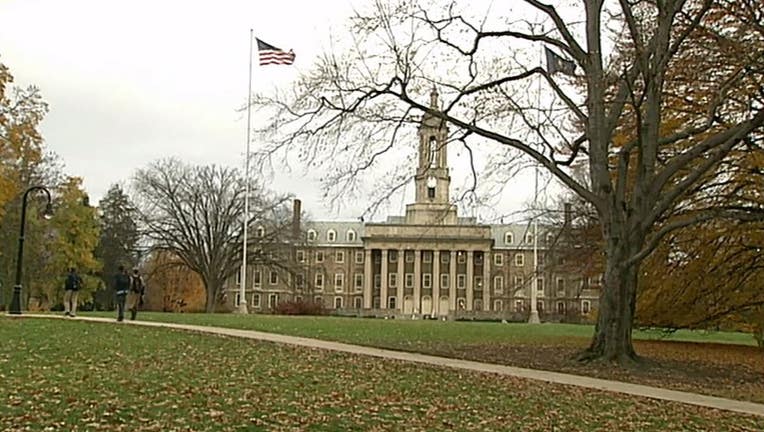 STATE COLLEGE, Pa. - Penn State University has suspended a fraternity while a third-party report of an allegation of sexual assault is investigated.

University police said Tuesday that an online submission said an unidentified person, reportedly a student, had alleged to a third party having been sexually assaulted by four unidentified fraternity brothers almost a week earlier at the Alpha Epsilon Pi fraternity in State College.

Penn State said Wednesday that its office of student contact has placed the fraternity's Phi Sigma Delta Sigma chapter on interim suspension while the university and State College police investigate. During the suspension, the fraternity will be barred from recruiting members, hosting social events and participating in university functions.

“Obviously, the alleged incident is absolutely antithetical to our fraternity’s ideals and values," he said. “We will provide more comment upon the conclusion of the investigations.”

A message was also sent to the fraternity's local chapter seeking comment.