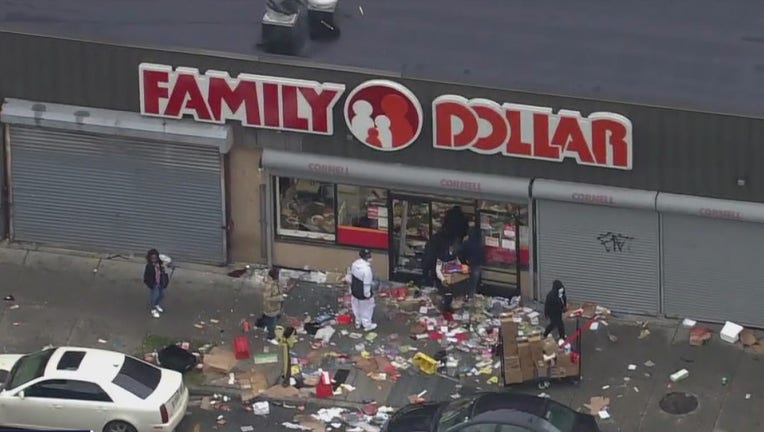 PHILADELPHIA - Several hundred members of the Pennsylvania National Guard are being mobilized amid the unrest in Philadelphia after the fatal police-involved shooting of Walter Wallace Jr.

"At the direction of Governor Wolf, and PEMA, the Pennsylvania National Guard is mobilizing several hundred members in support of the Philadelphia Office of Emergency Management and assist local agencies in protecting life, property and the right to peacefully assemble and protest," Lt. Col. Keith Hickox said in a statement Tuesday afternoon. "Assisting civil authorities during times of need is one of our core missions in the National Guard and our Citizen Soldiers and Airmen are well-trained and well-prepared to assist our commonwealth and our communities in any way we can.  We are able to conduct operations in support of civil authorities to enhance local law enforcement’s ability to provide continued public safety and critical infrastructure security."

A total of 30 Philadelphia police officers were injured Monday night. The tense scenes unfolded outside the 18th Police District near 55th and Pine Streets through the night Monday.

According to police, 30 officers are in stable condition and have been treated at local hospitals after most were struck with rocks and bricks as they faced off with demonstrators.

A female officer remains in the hospital with a broken leg after police say she was struck by a pickup truck.

On Monday afternoon, police say two officers responded to a call for a man with a weapon on the 6100 block of Locust Street around 4 p.m.

The officers were met by a man who police say was carrying a knife, and officers ordered him to drop the knife multiple times. Police say the man, later identified as 27-year-old Walter Wallace Jr., did not comply with those orders and followed the officers around the street with the knife in hand.

The two officers then discharged their firearms, firing at least 14 shots, striking Wallace in the shoulder and chest. One of the officers then put him in a police vehicle and drove him to a hospital, where he was pronounced dead a short time later.