Philly police officer hospitalized after being hit by truck

A Philadelphia Police officer is being treated at Penn Presbyterian Medical Center after she was struck by a pickup truck, a moment that was caught on camera.

WEST PHILADELPHIA - Police sources say an arrest has been made after a Philadelphia police sergeant was struck by a vehicle during the unrest Monday night that followed a deadly police shooting in West Philadelphia.

According to sources, the driver of a black pickup truck is in custody. No details on the charges yet or the suspect’s name.

Police say the 56-year-old sergeant was responding to unrest near the intersection of 52nd and Walnut Streets when a black pickup truck drove through the intersection, striking her.

She was taken to the hospital where she was listed in stable condition having suffered a broken leg and various other injuries. 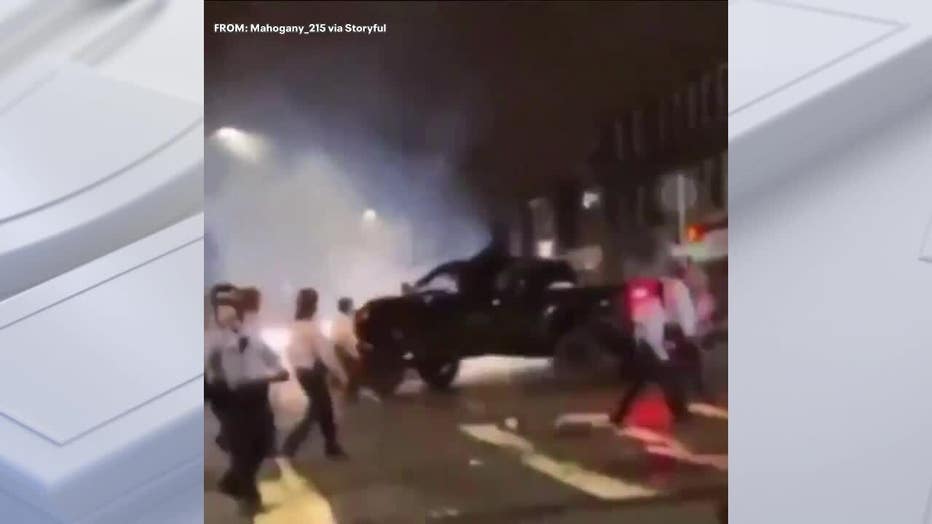 Video of the incident shows other officers running to her side after she is knocked to the ground.

Police say the truck was located not far from where the officer was struck after it apparently crashed into a parked vehicle. 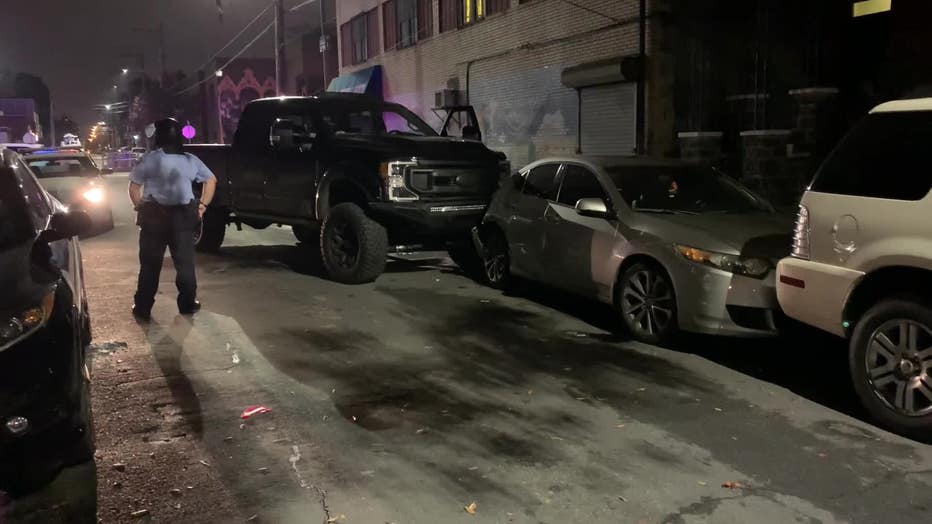 Police located the truck involved in the incident a short distance away from where the officer was hit.

In all, police say a total of 30 officers were injured as they faced off with demonstrators, with most injured by projectiles like rocks and bricks.

The demonstrations and civil unrest followed a deadly police-involved shooting after police say officers shot and killed a 27-year-old man who was armed with a knife after responding to a call for a person with a weapon.

Police reported looting at businesses across the city, as well as multiple fires set. At least one police SUV was set on fire and a fire truck was also vandalized.