A gun raffle fundraiser held by a Pennsylvania volunteer fire department was called off after backlash from community members who believed the charitable event was not sensitive to the Uvalde school shooting in Texas.

The Rocky Run Fire Company Spring Special Gun Raffle charged $10 a ticket, and advertised prizes like a 9mm pistol, a shotgun and an AR-15 semi-automatic rifle.

Some believe that the holding the raffle in the wake of the Texas elementary school shooting was in poor taste.

"That’s scary as it is, in this day and age we don’t need any more rifles," Kehinde Ajayi said. "If it’s for something different I’m for it. Not a rifle, that's scary." 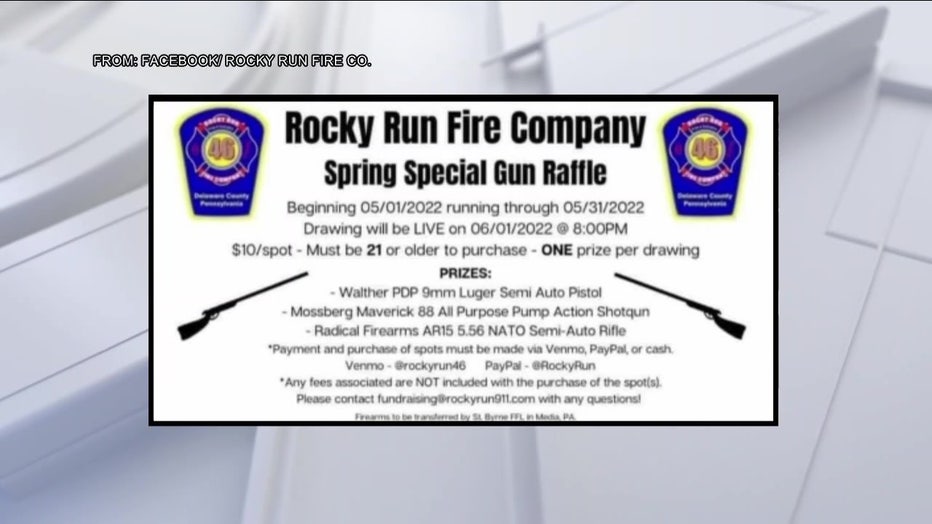 A Pennsylvania volunteer fire department called off its gun raffle fundraiser following backlash from the community.

Although the raffle started weeks before the tragedy in Texas, the department heeded the calls of the community it serves and canceled the raffle.

Officials say the raffle will now award an equivalent cash prize instead.

The Rocky Run Fire Department Chief told FOX 29's Chris O'Connell that the department called off the raffle because it became too much of a distraction.

The department said it doesn't want to play politics and only wants to serve their community.