Zipper merging can help reduce disparities in lane speed, improve traffic flow, reduce congestion on highway exchanges and reduce crashes in construction zones — all of which make the road a safer place for everyone.

LOS ANGELES - When a lane is closing or cars are merging on freeway interchanges, people react in one of two ways: either merge immediately into the through lane and wait for traffic to move forward, or slide ahead and “cut” in at the last moment.

Departments of transportation in many states have begun urging drivers to use the “zipper merge,” a form of late merging in which drivers fill both lanes until the merge point, which is named after the way a zipper’s “teeth” on either side merge together smoothly, one after the other.

"We all learned in kindergarten not to cut in line, and there are lots of people who think zipper merging is cutting in line,'' Joe Olson, city of Fort Collins traffic engineer, told the Coloradoan. "Zipper merging is for the greater good, but people still don't see it that way.''Using the zipper merge method can reduce delays up to 40 percent in areas of heavy congestion, according to the Colorado Department of Transportation.

Zipper merging can help reduce disparities in lane speed, improve traffic flow, reduce congestion on highway exchanges and reduce crashes in construction zones — all of which make the road a safer place for everyone.

Not only is the zipper merge more streamlined, it’s also safer, according to many state DOTs. 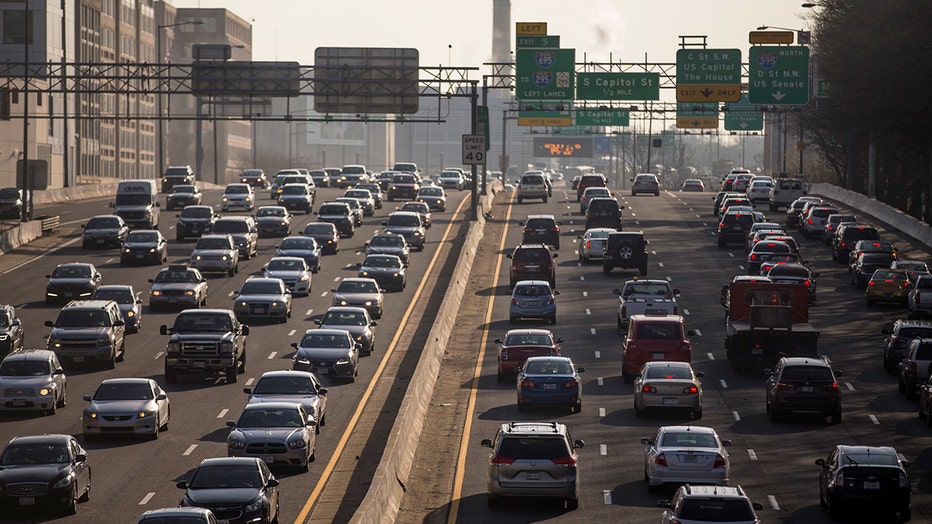 Heavy traffic along Interstate 395 at a freeway interchange during the morning commute in Washington on March 16, 2016. (Samuel Corum/Anadolu Agency / Getty Images)

“Traditional merging methods have often resulted in unsatisfactory driver behavior that is detrimental to the safety of the driving public and construction workers,” KTC found in their report. “These methods include, most notably, the early merge method, which is a popular and common merge technique used by many state departments of transportation (DOTs). This technique frequently results in the formation of an excessively long queue in the open travel lane, potentially affecting safety and travel times. Long queue length may also spillover at the highway’s intersection with entrance and/or exit ramps and interfere with their operations.”

KTC also warned that backups caused by the early merge method tend to produce what they call “queue jumpers,” which are the people who sit in the backed up open lane for a while before trying to jump into the closing lane late in the process to gain ground.

When there is no backup in the closing lane, the speed of traffic is generally significantly higher than in the open lane where cars are backed up, and this creates a hazard when the queue jumpers attempt to merge into the lane of fast-moving cars.

The reason that zipper merging tends to help flow of traffic is that the roadway capacity is being used more fully.