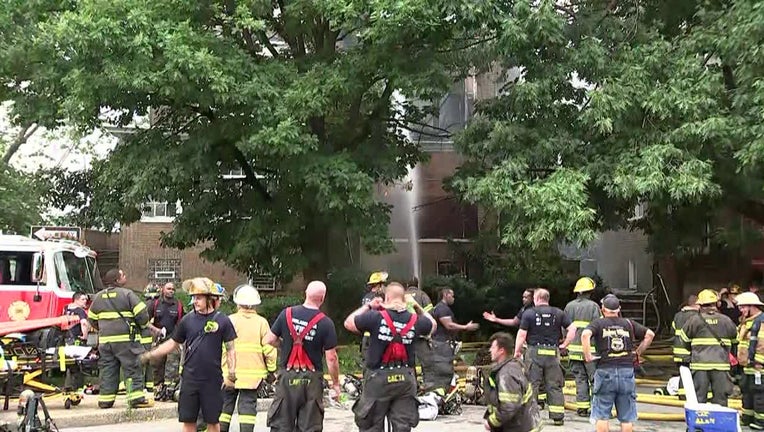 Firefighters were called Wednesday afternoon, a little before 3 p.m., to the 4400 block of North Broad Street, in Philadelphia's Hunting Park neighborhood, for the fire in a three-story building.

Crews faced raging flames on the second and third floors when they arrived to the location. 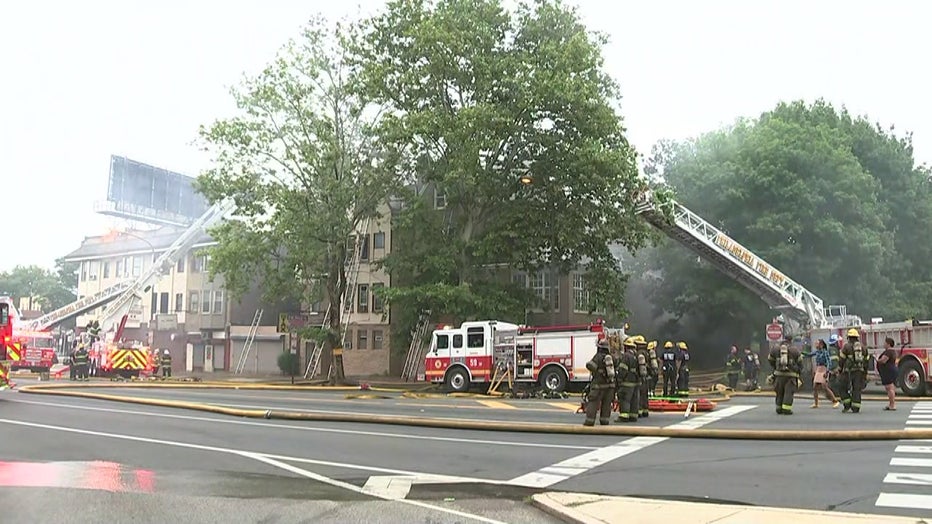 As the fire grew, firefighters quickly established a cautionary zone around the structure, in case it collapsed.

It took crews about 40 minutes to bring the fire under control.

Officials say three buildings nearby were also damaged in the flames. They say at least 20 to 25 people have been displaced. Red Cross was notified.

One firefighter was transported by medics for a minor injury.

No cause of the blaze was listed.