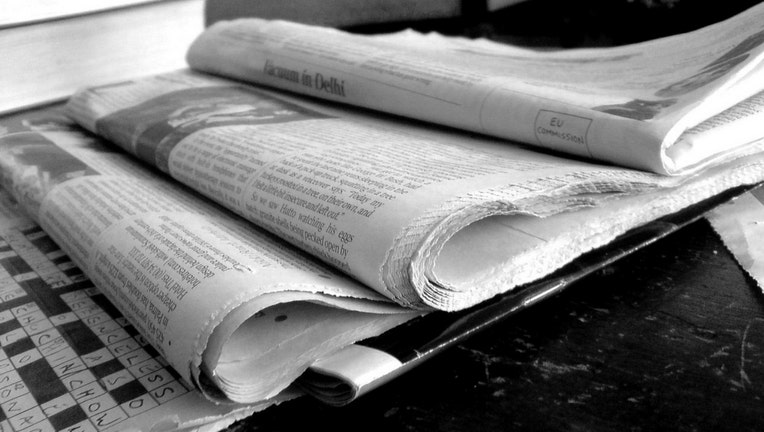 PHILADELPHIA - The Philadelphia Inquirer's top editor is resigning after an uproar over a headline lamenting damage to businesses amid turbulent protests denouncing police brutality against people of color, the paper announced Saturday.

The newspaper said Stan Wischnowski, 58, was stepping down as senior vice president and executive editor.

The Inquirer had apologized for a "horribly wrong" decision to use the headline, "Buildings Matter, Too," on a column Tuesday about looting and vandalism on the margins of protests of George Floyd's death in Minneapolis at the hands of a white police officer.

The backlash came as The New York Times was widely criticized for publishing an opinion piece by U.S. Sen. Tom Cotton advocating the use of federal troops to quell the protests.

About 30 members of the Inquirer's 210-member editorial staff called in sick earlier this week, and black staff members angrily condemned the headline. It appeared over an article by architecture critic Inga Saffron, who worried that buildings damaged in violence over the past week could "leave a gaping hole in the heart of Philadelphia."

The Inquirer drew fresh scorn after it replaced that headline online with one that read, "Black Lives Matter. Do Buildings?" Eventually, the newspaper settled on "Damaging buildings disproportionately hurt the people protesters are trying to uplift."

The Inquirer published an apology from senior editors. Publisher and CEO Lisa Hughes said in a memo to staff that the headline was "offensive and inappropriate" and said the newspaper needed a more diverse workforce.

Wischnowski had worked at the Inquirer for 20 years and was editor when the paper won the 2012 Pulitzer Prize for Public Service for an in-depth investigation into violence within Philadelphia schools.

He will formally leave the newspaper June 12. Hughes did not immediately name a successor.