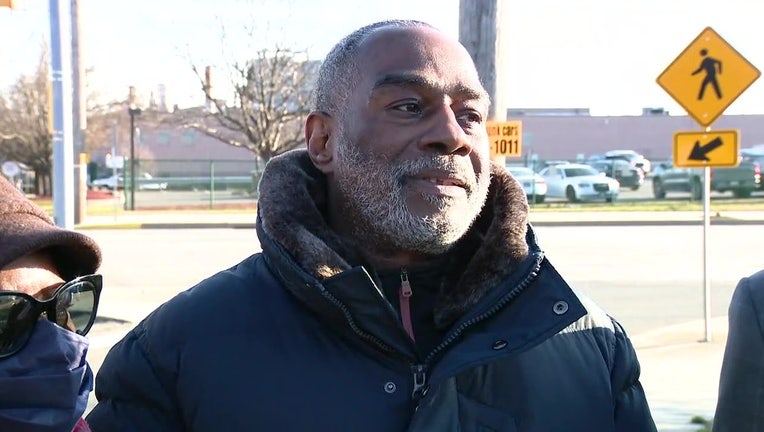 PHILADELPHIA - A Philadelphia man who served 37 years in prison in a case tainted by perjured testimony was cleared of the murder on Thursday and then sued the city over his 1984 conviction.

Willie Stokes left prison earlier this month, after a federal judge found prosecutors never disclosed that they had charged his chief accuser with perjury after the trial. The witness has said he was offered sex and drugs at police headquarters to frame Stokes in an unsolved 1980 dice-game slaying.

"I’m not bitter. I’m just excited to move forward," Stokes, 60, told The Associated Press after the brief morning court hearing, when prosecutors announced they would not seek to retry the case.

More than 100 people have been exonerated and released from prison in recent years in Pennsylvania, according to Marissa Boyers Bluestine of the University of Pennsylvania law school, the former executive director of the Pennsylvania Innocence Project. None served more prison time than Stokes.

The trial witness who identified him as the killer at a preliminary hearing recanted at the murder trial, in what he later called a fit of conscience. Stokes was nonetheless convicted. Prosecutors then charged the witness, Franklin Lee, with perjury over his pretrial testimony, and Lee went to prison for it. Stokes never knew that until 2015.

"I didn't believe it," Stokes said in a telephone interview. "I didn’t believe that they would let something like that happen — that they knew, and they didn’t tell me."

Stokes said his only child, a daughter who was 2 when he went to prison, died about 20 years ago. He was not allowed to attend her funeral. He now lives with his mother.

"She (has) got a beautiful three-story house, so I’m not in the way," Stokes said Thursday, the joy in his voice evident.

Criminal lawyer Michael Diamondstein, who handled his successful federal court appeal, called the actions of police and prosecutors in the case outrageous.

"They used perjured evidence to convict him and then charged the perjurer, and never told him. And then Willie was warehoused for 38 years," Diamondstein said.

A federal judge vacated a 1984 murder conviction of a Willie Stokes who had been serving a life sentence in a Philadelphia slaying.

In his view, the official misconduct stemmed from "institutional racism, or pure bias."

"The cases needed to be closed. The inner city minority were interchangeable, as long has you had someone in the defendant’s chair," he said.

Both detectives who allegedly offered Lee a sex-for-lies deal to help them close the homicide case are now deceased.

"I fell weak and went along with the offer," Lee told the federal judge in November, recalling his testimony at the May 1984 preliminary hearing.

One surviving prosecutor, now in private practice, did not immediately return a message seeking comment Thursday. He has given a statement saying he doesn’t remember the case, according to court files.