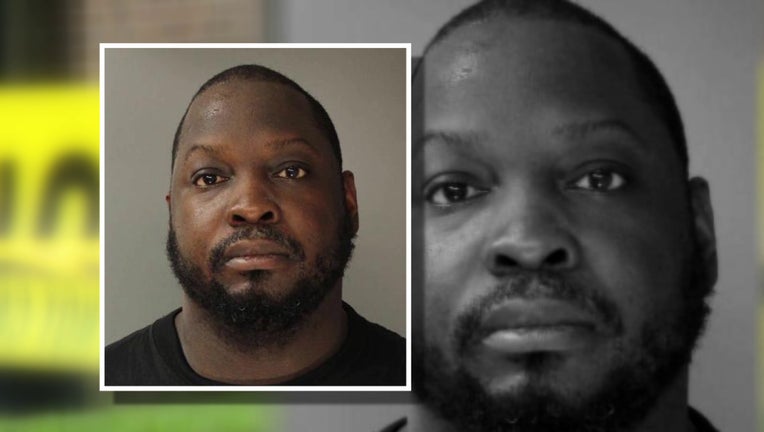 Lawrence Crawley, 34, has been convicted of first-degree murder in death of 33-year-old Angela Stith.

NORRISTOWN, Pa. (AP) - A Philadelphia man accused of having stabbed and run over his ex-girlfriend in the parking lot of her suburban workplace has been convicted of first-degree murder.

Jurors deliberated for about two hours Thursday before convicting Lawrence Crawley, 34, in the death of 33-year-old Angela Stith. Crawley, who did not take the stand, faces a mandatory life prison term without possibility of parole when he is sentenced April 3.

Montgomery County prosecutors said Crawley smashed the window of the victim's car at the Whitemarsh Township parking lot in August 2018, then caught her as she fled and stabbed her repeatedly. They say he then drove a sport utility vehicle over her repeatedly as co-workers rushed to try to help.

Crawley was arrested by state troopers in Somerset County several hours later after authorities allege he tried to kill himself by lighting himself on fire with gasoline. He spent days in intensive care after his arrest.

Prosecutors said Crawley had stalked Stith in the weeks before her death after she broke up with him in a text message. Hours before the attack, they said, Crawley's attempt to buy a gun was blocked after a background check indicated a restraining order had been filed against him in Florida. Crawley was also convicted of making false statements when trying to purchase a firearm.

Defense attorney Carrie Allman argued against the idea that her client intended to kill the victim, saying he was "completely out of control." Allman, who declined comment after the verdict, said the maximum charge should be third-degree murder.

Relatives of the victim wept and hugged each other after the verdict. District Attorney Kevin Steele said the case was one of the worst he had seen, calling it "the face of domestic violence," and vowed to seek additional prison time above the mandatory life term.

"Every day that we can get on this defendant will be deserved," he said.