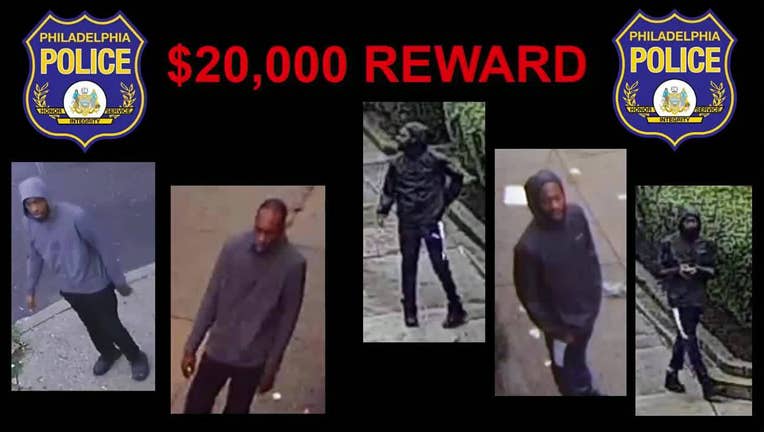 Two men are sought by Philadelphia Police in connection with an August homicide on Judson Street in North Philadelphia.

NORTH PHILADELPHIA - Police in Philadelphia are seeking two suspects in connection with a North Philadelphia homicide that occurred in August.

Officials say two men were seen in surveillance video near the 2700 block of North Judson Street August 16, about 6:30 in the morning.

Police responded to the location on the report of a shooting. Responding officers found a 24-year-old man suffering from multiple gunshot wounds, according to authorities.

The victim was rushed to Temple University Hospital and initially listed in critical condition. He later succumbed to his injuries and died.

Police are seeking information of the two men in the video. One man is described as approximately 25 to 30-years-old, with a thin build, thick, braided hair and a beard. He was wearing a dark-colored hooded jacket, dark track pants with white stripes on the thighs and black boots.

The second man is thought to be 25 to 30-years-old. He is tall with a thin build, short, dark hair with a receding hairline. He was sporting a small beard and wearing a gray-colored hooded sweatshirt, black pants and black sneakers.