PHILADELPHIA - Protesters gathered outside a Philadelphia Whole Foods Market on Sunday after workers alleged they were sent home for wearing Black Lives Matter pins and facemasks.

The demonstration drew peaceful crowds that stood in support of the Black Lives Matter movement as well as worker's rights.

"Personally, what I hope comes out of this is more worker power," former store employee Megan Murray said. "We realize that if things aren't going well for us that we have the power to make that change happen."

The supermarket, located on 10th and South Streets, issued a statement on Sunday night that reinforced the company's "longstanding" dress code.

"All Team Members must comply with our longstanding company dress code, which prohibits clothing with visible slogans, messages, logos or advertising that are not company-related," a spokesperson said.

"Team Members who do not comply with dress code are given the opportunity to comply, and are provided with new face masks or anything else they need."

Three employees at the Queens Village location reportedly did not work their shift after a disagreement about the company policy, which sparked a debate about worker's rights. 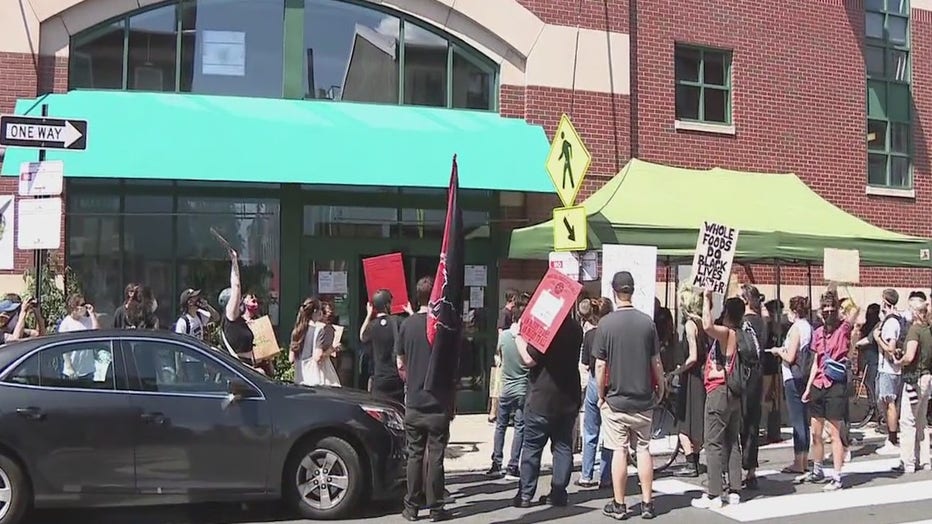 "There's a massive connection between what we're fighting for and the rights of workers around the world," Yahne Ndgo said. "We wanted to also come in solidarity with that reality."