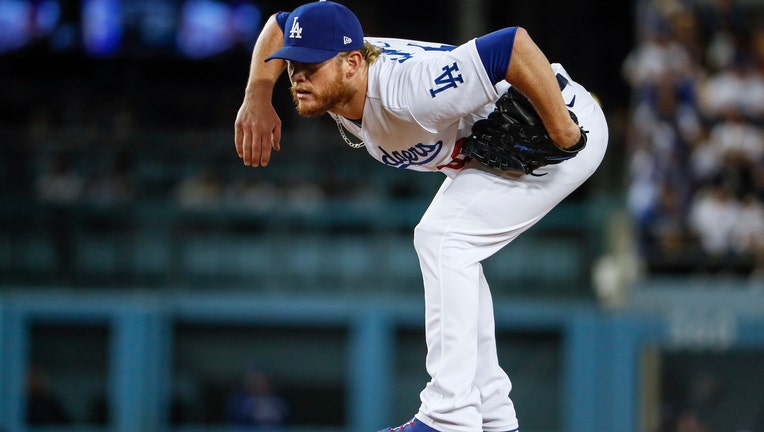 PHILADELPHIA - The Philadelphia Phillies signed reliever Craig Kimbrel to a one-year contract, hoping the onetime elite closer can become a quality arm out of the bullpen.

An eight-time All-Star, Kimbrel has 394 career saves, which is most among all active pitchers and ranks seventh on the career list. Kimbrel struggled last season with the Los Angeles Dodgers and was left off the postseason roster.

He had 22 saves in 27 chances last season with the Dodgers. Kimbrel appeared in 63 games for the Dodgers and posted a 3.75 ERA.

Perhaps a change of scenery can help the 34-year-old Kimbrel rediscover his form with the National League champions. He has gone 15 for 15 in save opportunities at Citizens Bank Park, where all 21 of his appearances have been scoreless.

A 2018 World Series champion with Boston, Kimbrel won the NL Rookie of the Year Award in 2011 with Atlanta. He has pitched 13 seasons in the majors for six teams.

The Phillies also acquired right-handed pitcher Erich Uelmen from the Chicago Cubs in exchange for cash.