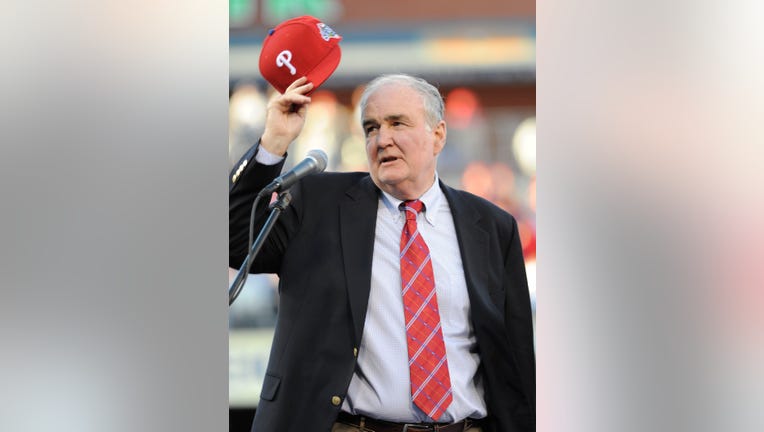 PHILADELPHIA - The Philadelphia Phillies held a memorial to commemorate chairman David Montgomery who passed away on May 8. He died following a five-year battle with cancer at the age of 72.

“He was the most successful of all of us. Not necessarily by standards outsiders would measure but by the friends he created and the friends who loved him," Rendell said. 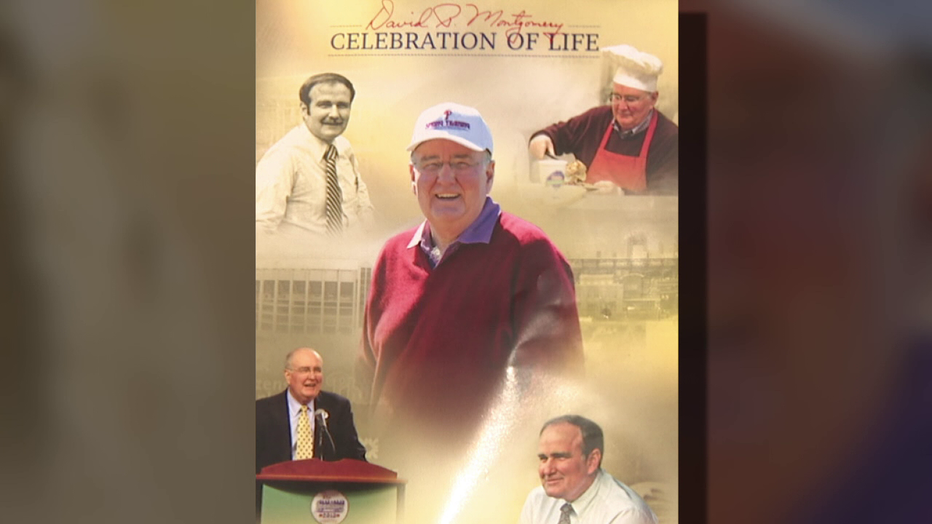 Faith worked at Citizen’s Bank Park. She says Montgomery would always take time and not just to say hello.

"My husband was diagnosed with tongue cancer about the same time that David was and he never failed to ask how is your husband?" she explained.

“One of David’s favorite times of the year was the MLB draft,” said David’s wife Lyn Montgomery. “We couldn’t think of a better way to celebrate David’s life, and his love of the game, than to invite his friends, colleagues and Phillies fans into his second home at the conclusion of the draft.”

Montgomery had served as the team president during the Phillies' 2008 World Series championship season. As a result of his long career in baseball, he was recognized as one of the most respected and admired executives in the sport according to team officials.

Montgomery spearheaded the team's transition from Veterans Stadium to Citizens Bank Park in 2004 and led the organization during its most successful period from 2007-2011. The Phillies won five straight National League East titles, two NL pennants and one World Series in that span.

"David was one of Philadelphia's most influential business and civic leaders in his generation," Phillies owner John Middleton said. "He was beloved by everyone at the Phillies."

The Commissioner of Major League Baseball said Montgomery only asked for one thing in his 30 years in the front office and that was for the 2026 All-Star Game to be played at Citizens Bank Park. He got his wish and his legacy will last forever in South Philadelphia.