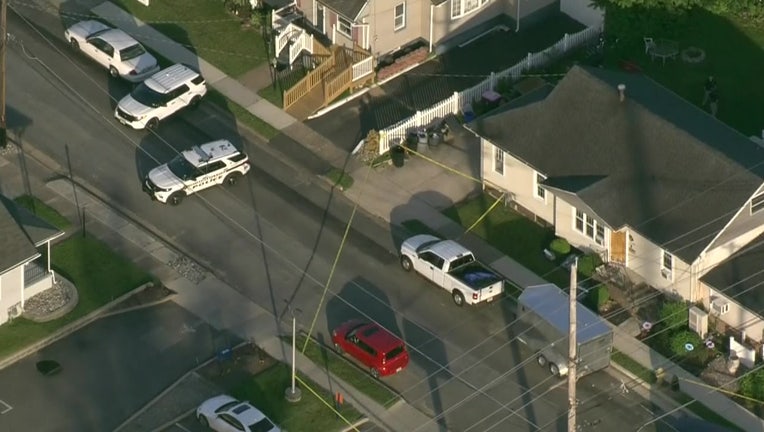 PHILADELPHIA - One person is in custody and two others are on the loose after authorities in Camden County say a home robbery erupted in gunfire and a police chase.

Officers from the Gloucester Township Police Department were called to the 800 block of the Black Horse Pike around 5:30 p.m. for reports of a robbery.

Authorities say officers surrounded the house, then heard multiple gunshots. Three suspects tried to flee the area, but on of them was brought into custody.

The two fleeing suspects got into a car and sped away from the area, according to police. Officers followed the car and eventually safely terminated the chase.

Authorities say multiple people were assaulted during the incident, but no one was struck by gunfire. They did not share the victim's conditions.

Investigators are working to determine what sparked the violent incident.