Police: 1 injured in shooting outside Chickie's and Pete's in Northeast Philadelphia

FOX 29's Chris O'Connell has the latest on a shooting outside a popular Philadelphia restaurant.

Officers from the Philadelphia Police Department responded to the popular Northeast Philadelphia restaurant located on the 4000 block of Robbins Street around 8 p.m.

According to police, a man and a woman were eating dinner outside when the woman went inside and got into an argument with three men sitting at the bar. 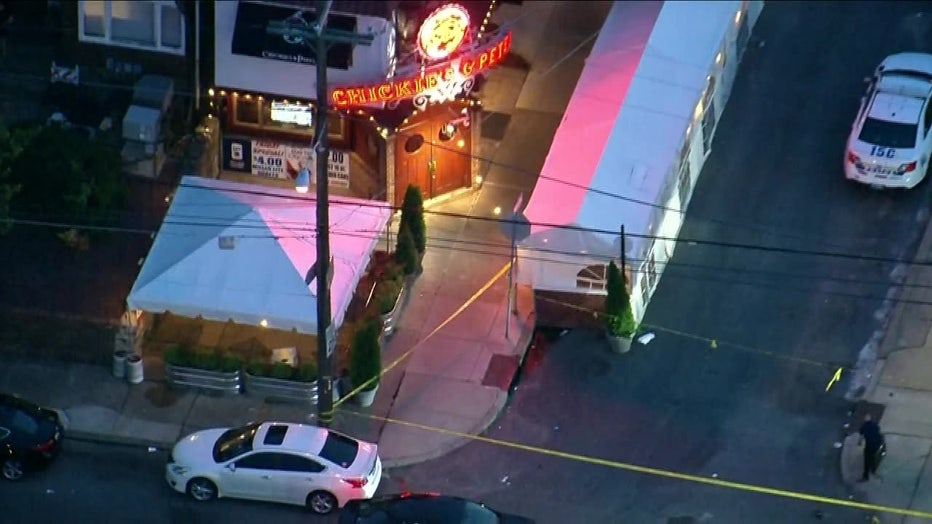 Her boyfriend, who police say is legally permitted to carry a firearm, then entered the bar and allegedly flashed his gun at the group of men.

The argument continued outside the bar and escalated to a gun battle, according to police. Investigators say nearly half a dozen shots were fired.

The woman's boyfriend, a 23-year-old man, was hit in the stomach and is in stable condition, police said. The three suspects drove away in two separate cars.

"When you're at a bar and you're drinking and you have a gun with you and somebody tells you something that's upsetting sometimes you do things that you're not supposed when you're permitted to carry," Police Captain John Walker said.