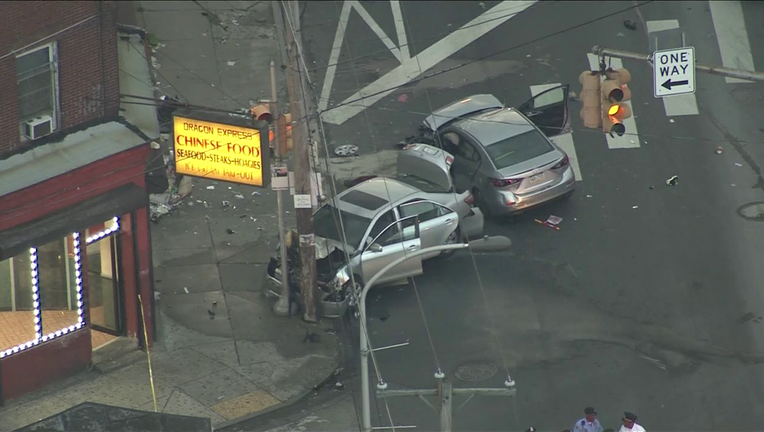 Skyfox over an accident at North 24th and Ridge Ave Monday.

NORTH PHILADELPHIA - Police say a teenager driving a stolen car crashed it into two other vehicles, injuring himself and two other people.

Authorities say the boy stole the vehicle from a convenience store when the driver left it running while she went into the business. They say the boy eventually ran a red light and struck the other two vehicles.

The crash was witnessed by two police officers who were responding to a double shooting. 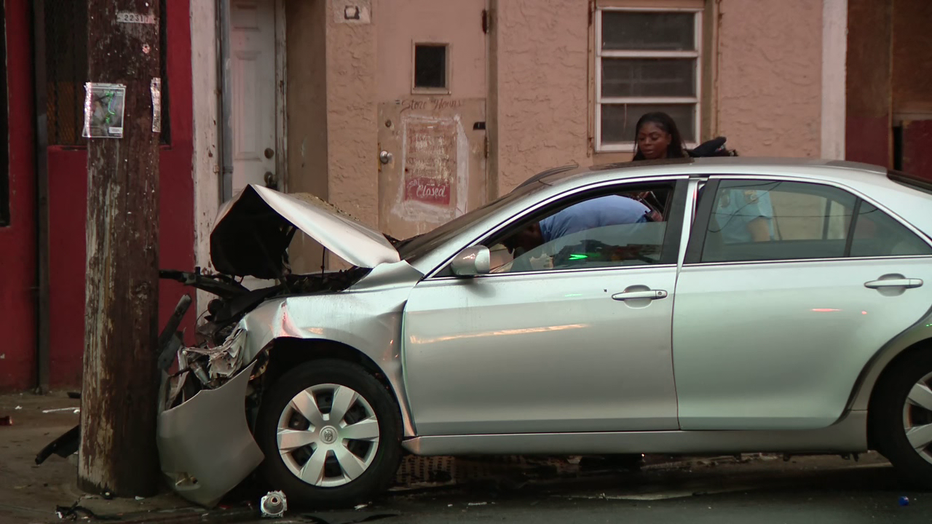 Authorities say the teen suffered minor injuries, as did a 24-year-old man driving one of the other vehicles and the man's 19-year-old male passenger. All three were treated at a hospital.

The driver in the third car wasn't hurt.

The teen is facing numerous charges.