Two men are sought in connection to the shooting death of a 15-year-old boy.

WEST PHILADELPHIA - Detectives are searching for two suspected gunmen after police say a teenage boy was killed on a street corner in broad daylight earlier this month in West Philadelphia.

Security footage released on Thursday shows two men wanted in connection to the shooting death of a 15-year-old Jaquan Williams on Jan. 16 near the intersection of 40th and Cambridge Streets.

Police describe the suspects as two Black men wearing dark-colored jackets and pants. One of the suspects has distinct white stripes on the side of his pant leg. The second person of interest was wearing a light color hooded sweatshirt underneath his jacket. 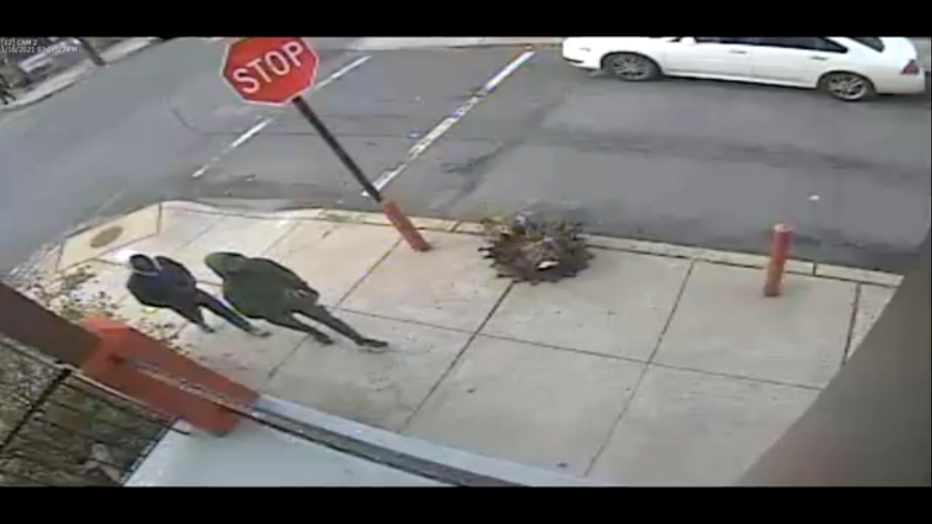 Officers responded to the 40th and Cambridge Streets around 4 p.m. and found Williams lying on the sidewalk with a gunshot wound to the head. Police drove the boy to Penn Presbyterian Hospital where he died nearly a day later.

Investigators did not provide a motive for the shooting. Philadelphia police are offering a $20k reward for information that leads to an arrest and conviction.