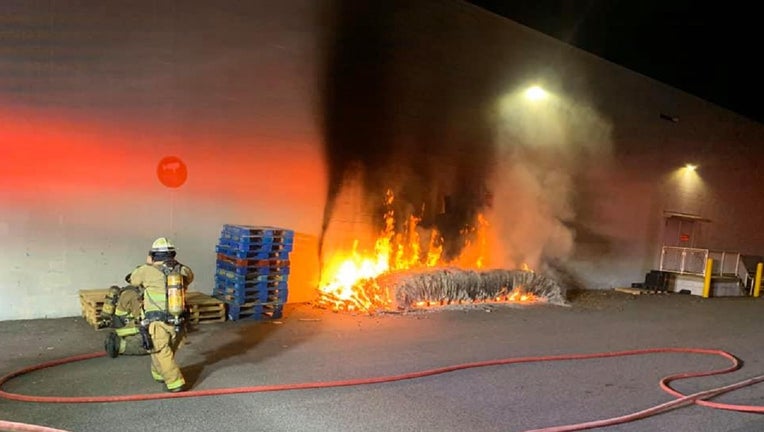 It happened on Nov. 15 around closing time at the Target off of Sunrise Boulevard in Exton, Chester County.

Surveillance video shows two teens or young men running to and from the back of the store. Police have said they believe one of the males stole a jacket from the store before the blaze.

Police say they have since identified the two suspects and charges were pending.