Police converged on the intersection of Jefferson and North Sydenham Street in North Philly late Sunday night in an attempt to disperse hundreds of young people.

NORTH PHILADELPHIA - Police converged on the intersection of Jefferson and North Sydenham Street in North Philly late Sunday night in an attempt to disperse hundreds of young people.  Residents cars were damaged and six police cars left with broken side mirrors and smashed windshields.

“It was nice all day earlier,” said Ronald Davis. He and his friends were sitting out watching from across the street Sunday and say how things started gave no indication of how it would end. Davis says two young men were hosting a cookout in the parking lot. 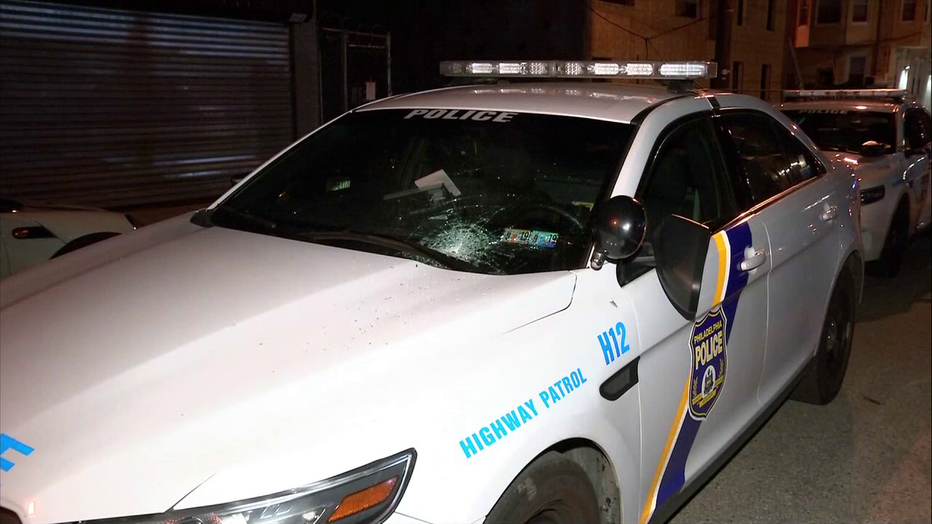 “When it was time to close down the children just didn’t want to go home so it started a little bit of confusion. A lot of the kids had too much to drink," said Davis.  Neighbors say the crowd grew as word spread about the free cookout.

"It was nice so they was calling other people but sometimes when you do that other people that got them bad elements come down,” said Davis.

Snapchat video recorded from about a block away shows some of the crowd and lots of trash in the streets. Chase Lavalee woke up this morning to his Hyundai Sante Fe damaged.  The hood is dented and the roof nearly caved in.

“Just upset honestly. I wasn’t really mad about it but I just don’t want my car to be damaged for something stupid like dancing on your car,” he said.

He also says around 7 p.m. evening it was a smaller crowd of a bunch of kids just hanging out.

“They had tents up. It looked fun, I guess, but then I went to sleep and around midnight I heard a bunch of fireworks. It’s a shame but it’s like that happens a lot at Temple," said Lavalie.

Christopher Holmes says the people who were supposed to be there weren't the problem.

“They really wasn’t here to destroy anything. They were here to have a good time and enjoy themselves like I said probably elements that really wasn’t really a part of that came in and excited everybody and that’s how things got out of control,” said Holmes.

Police say no officers were hurt and no one was arrested. They estimate 800 to 1,000 people were out there.