FOX 29's Kelly Rule has the latest after a driver was shot and killed by officers in Wilmington.

WILMINGTON - Police in Delaware shot and killed a driver who they say sped towards officers during an investigation into a suspicious vehicle early Wednesday morning in Wilmington.

According to the New Castle County Police Department, officers spotted the suspicious vehicle near Rosemont Avenue and East 24th Street around 1:10 a.m. 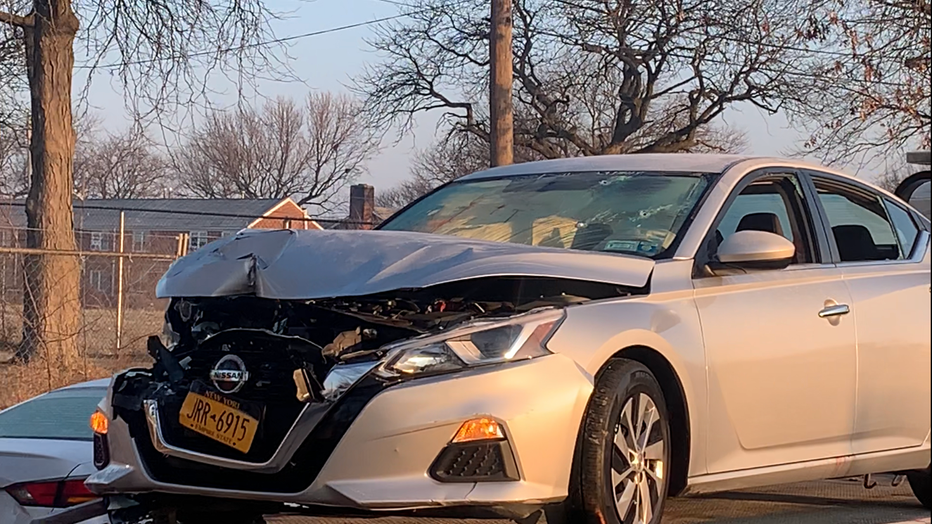 A flatbed truck pulls away the mangled car believed to have driven towards officers leading to a deadly shooting.

When officers approached the vehicle, police say the driver sped down a dead-end road. Police reportedly opened fire on the vehicle after it made a u-turn and sped directly towards the officers.

Police provided first aid until emergency medical responders arrived. The driver was pronounced dead at the scene, according to police.

Police identified the driver and sole occupant of the vehicle as Lymond Moses, 30, of Bear.

The patrol officers involved, a 10-year veteran and a 3-year veteran, have both been placed on administrative leave per New Castle County Division of Police Policy.

The New Castle County Police Department is investigating this deadly shooting. Anyone with information should contact the department's criminal investigations unit at 302-395-8110.