Authorities say one person is dead and another is recovering after a mini-van was found flipped on its side and engulfed in flames.

FELTONVILLE - Authorities say one person is dead and another is stable after the driver of a speeding mini-van lost control and flipped over, causing the vehicle to catch fire.

Officers responded to the 400 block of Roosevelt Boulevard just after 2 a.m. and found the torched car on the northbound side of the road. 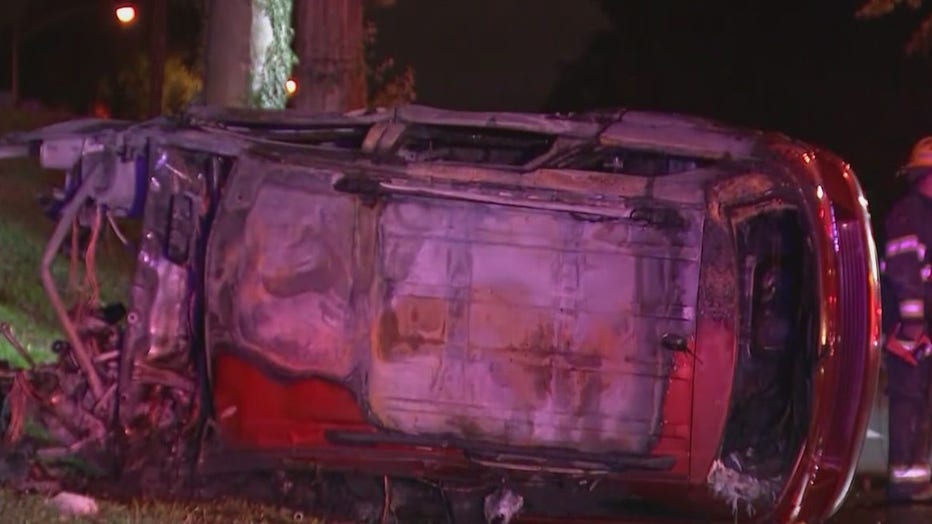 Police say a man later identified as 27-year-old Tyree Greenfield was found in the driver's severely burned. He was pronounced dead on the scene.

Another man, who authorities did not identify, was pulled from the passenger's side window and taken to Einstein Medical Center for treatment.