Falls Township police say they arrested a woman for criminal trespassing and are now investigating her connection to videos showing similar behavior.

Police arrested Renee Grieco on Tuesday morning.  They say she entered a family’s home just after 4:00 a.m. on Vermillion Drive in the Vermillion Hills community. The homeowners caught her wandering on their first floor.

Shortly after, they noticed a number of videos surfacing on the Ring Doorbell app and on social media showing what appears to be the same woman trying to get into other homes in the community throughout the morning. Those are still under investigation. 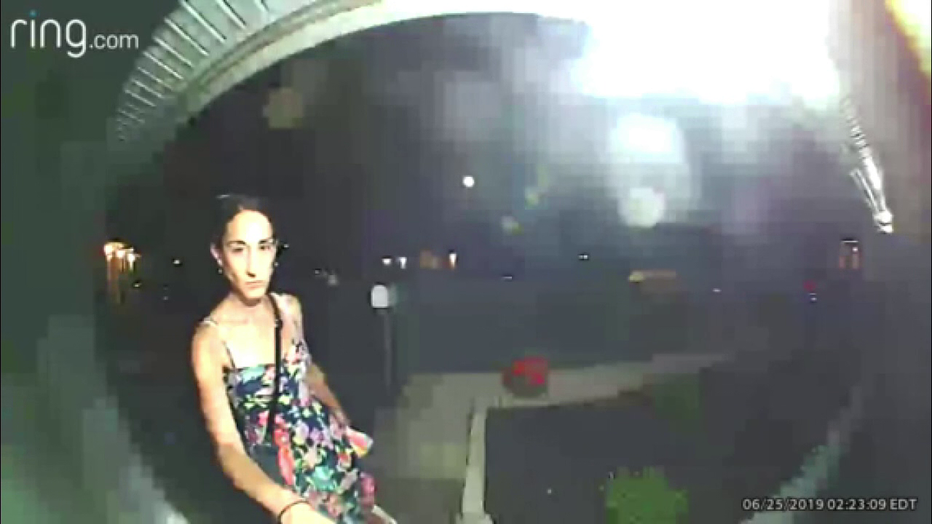 “I was up for like two hours after that because I couldn’t sleep, it was so alarming,” says a neighbor who caught the woman on her Ring doorbell camera. She asked to remain anonymous. “It just blew up because this is a neighborhood where most people don’t see crime.”

The homeowners who caught Grieco inside their home declined an on camera interview saying while the situation was scary, it was handled and the woman appeared to be harmless.

Some neighbors feel even if her intentions were not bad, the situation should not be brushed off.

“Someone comes into your house in the middle of the night, no matter their intentions that's not harmless, that's a very, very scary feeling,” says Marcia Watters. “That in itself doesn't make it harmless.”

Anyone with similar videos or reports is asked to contact Falls Township police at (215) 945-3100.