OLNEY - Authorities say two men are injured and a woman is critical following a shooting outside a nightclub in Olney early Saturday morning.

Police responded to Tres Fuego Lounge on the 5500 block of Old York Road for reports of person in distress. When officers arrived on the scene they found over 25 shell casings in the parking lot of the nightclub.

2 hurt, 1 critical in triple shooting outside nightclub in Olney

Police say three people were hurt and one is in stable condition following a shooting outside a nightclub in Olney early Saturday morning.

Investigators believe an argument began inside Tres Fuego and spilled into the parking lot. 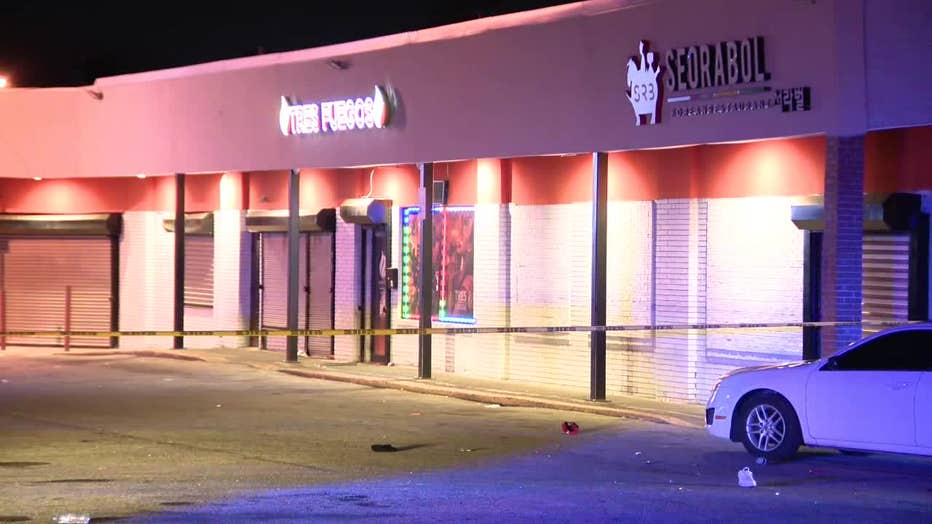 A 25-year-old woman was shot twice in the abdomen and taken to Einstein Hospital where she is in critical condition.

A 24-year-old was also taken to Einstein with gunshot wounds to the left arm, right hand and left foot. A third victim, a 22-year-old man, arrived at Jefferson-Frankford Hospital via private vehicle with a gunshot wound in the right calf. Both men are in stable condition.

Police say stray gunfire hit a home across the street, but no injuries were reported.

Detectives have not identified suspects at this time, but authorities are reviewing surveillence footage from nearby homes and businesses.