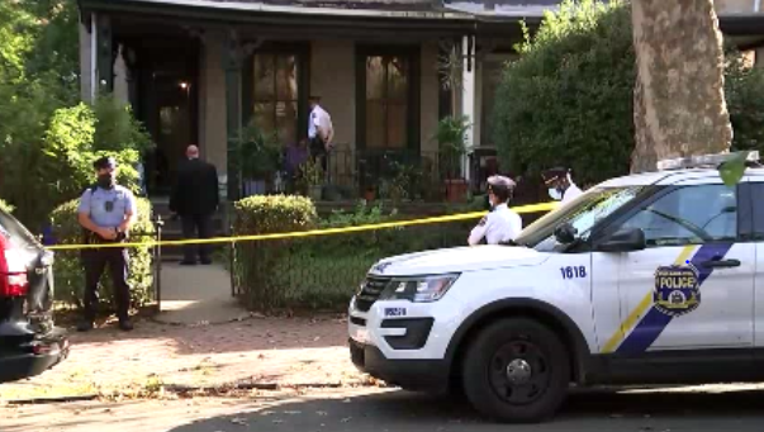 Police are investigating a shooting in West Philadelphia.

It happened on the 3700 block of Baring Street Thursday afternoon.

According to police, the man was on the front porch when he was shot once in the abdomen and back.

Police say they received information that the shooter ran inside the home. An officer entered the side gate and was charged by a Pit Bill. The officer discharged their weapon six times striking and killing the dog.

The alleged shooter was apprehended inside the home, police said. Several weapons were recovered at the scene.

The investigation is going,