FOX 29's Steve Keeley has more on a deadly shooting in Stenton.

STENTON - Philadelphia police are investigating after a young man was found shot and killed inside a crashed car that was peppered by gunfire early Thursday morning in Stenton.

Officers were called to the 1000 block of Easton Road around 12:30 a.m. for reports of a shooting. Police found a 21-year-old victim in the driver's side of a car that had been struck by at least seven bullets and crashed into a parked car. 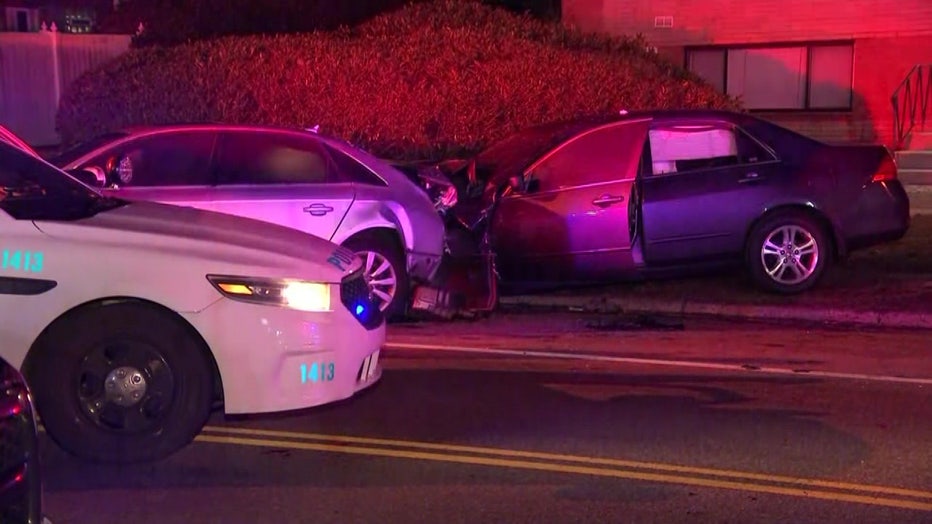 Authorities say a 21-year-old man was shot and killed inside a car early Thursday morning in Stenton.

The victim, who has not been identified at this time, was pronounced dead by medics.

Philadelphia Police Chief Inspector Scott Small said the shooting began on the 1200 block of East Road. Officers found at least 30 spent shell casings from three semi-automatic weapons, according to Small. Nearby homes were hit by gunfire, but no one was injured.

Investigators are working to determine what sparked the deadly shooting. No arrests have been reported.