Police: Man and woman shot while sitting inside car in Olney

Authorities are investigating after a man and woman were shot while sitting inside a car early Saturday morning in Olney.

PHILADELPHIA - Authorities are investigating after a man and woman were shot while sitting inside a car early Saturday morning in Olney.

Police say the suspects walked past their victim's vehicle on Nedro Avenue just after 1 a.m. A few minutes later the same two men walked past the victim's car on North Hope Street.

The suspects are seen on video flanking the black SUV and firing into the car. The men fled the area on foot and were last seen heading towards Grange Street. 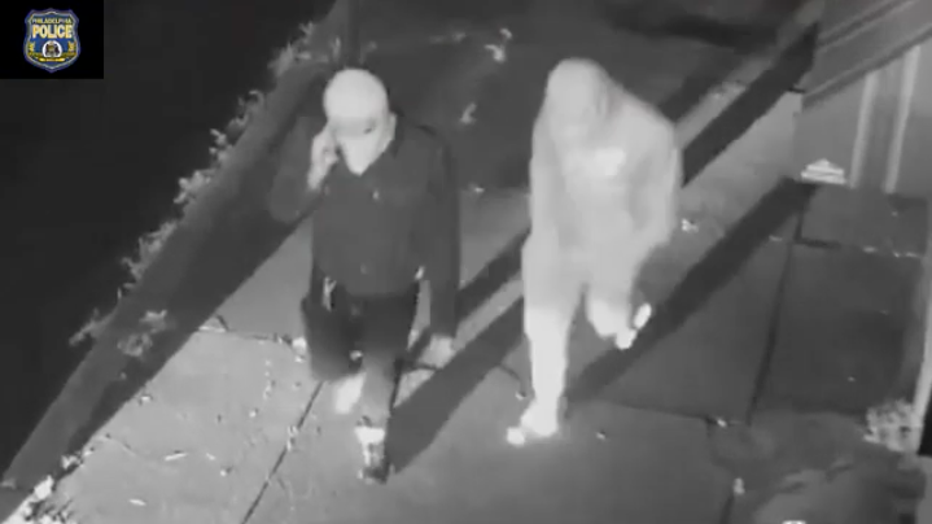 Both the man, 22, and the woman, 20, were struck by gunfire and attempted to drive away. The victims tried to drive to a nearby hospital, but flagged down police on the 1300 black of Tabor Road. Both victims are expected to recover.

Authorities are searching for two Black men both wearing dark clothing. One of the suspects was wearing a ski mask at the time of the shooting.

Anyone with more information on this shooting is asked to contact police immediately.