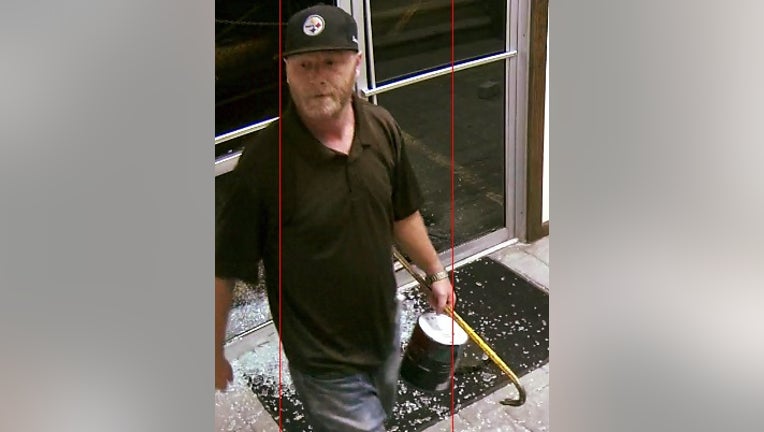 Wilkes Barre City Police are searching for the man pictured, saying he is wanted in connection with vandalism of a Pennsylvania Planned Parenthood.

Melissa Reed, president and CEO of Planned Parenthood Keystone, said surveillance images show a man throwing a brick through a window of the Wilkes-Barre office at about 2 a.m. Monday.

She said the same man returned about an hour later with another brick, smashed other windows, climbed through the door and spray-painted graffiti including a biblical verse in red.

Planned Parenthood Keystone said in a statement the act was "aimed to intimidate, threaten and instill fear."

Wilkes Barre City Police shared a photo of a man who they say is person of interest in the case.