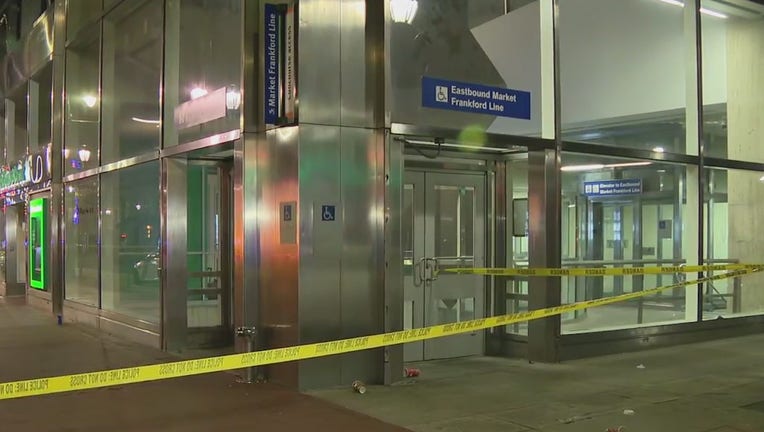 CENTER CITY - Authorities are investigating after a fight inside a Center City SEPTA station escalated into a shooting leaving one man in critical condition.

Officers responded to the 13th and Market Street SEPTA station around 4:30 a.m. after multiple reports of a shooting. Police found a victim on the street with a gunshot wound to the left arm.

Philadelphia Police Chief Inspector Scott Small said officers placed a tourniquet on the victim and drove him to Jefferson Hospital. He is in critical condition but is expected to survive, according to Small.

Police report the shooting happened after two men began fighting on a SEPTA trolley platform. The injured man walked up the stairs to the street level where responding officers found him and applied aid.

Investigators are using several SEPTA surveillance cameras to help identify the shooter. Police will also seek footage from nearby businesses.