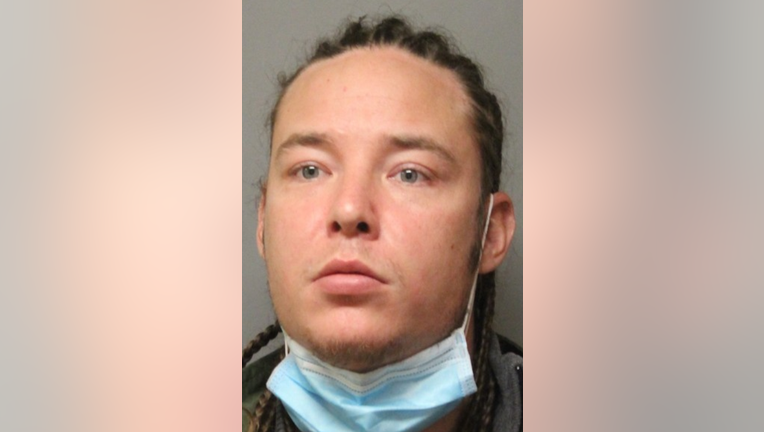 Jake Gillespie, 33, has been charged with assault, robbery and related offenses.

NEWARK, Del. - A New Castle County man who police say stabbed a woman in the parking lot of a department store was subdued after a witness chased him down and held him until officers arrived.

Delaware State Police say the 46-year-old victim was talking on her cellphone while walking to her car in the parking lot of Ross on Churchmans Road in Newark around 1 p.m. Sunday.

She was approached by 33-year-old Jake Gillespie who police say began arguing with the woman and blocked her from entering her car. Gillespie allegedly stabbed the woman in the left leg with a broken glass bottle.

Gillespie ran away with the woman's phone after she tried to call police and was chased down by a witness. The good samaritan held Gillespie on the ground until officers arrived and placed him in custody.

The woman was treated and released from an area hospital, according to police.

Gillespie has been charged with assault, robbery and related charges. He is being held on $130,200 cash bond.