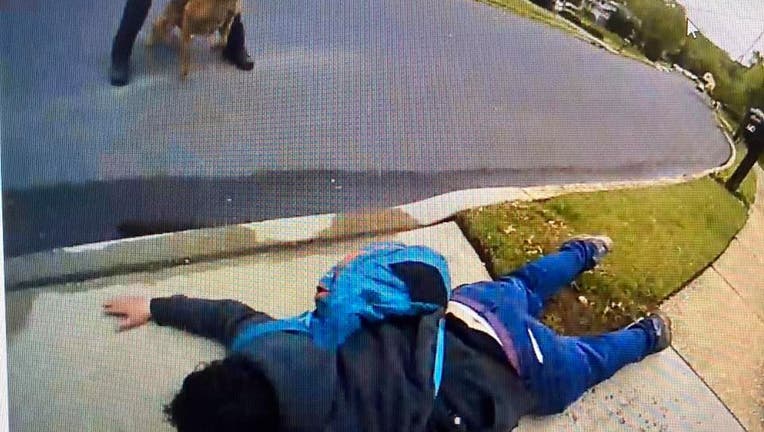 MONMOUTH COUNTY, N.J. - A New Jersey man was arrested and faces numerous charges after he violently assaulted a nurse inside her home in Howell Township, NJ.

The Howell Township Police Department received multiple calls at approximately 3:30 p.m. Friday reporting a disturbance at a home on Newton’s Corner Road in the Ramtown section of Howell.

When officers arrived, they were met by a woman who displayed signs of a violent assault -- her clothing had been torn and she was bleeding while holding ice to her face.

Officers learned the victim is a registered nurse at the Monmouth Medical Center in Lakewood.

The victim told authorities that the suspect was a patient she had seen the previous night, but that was the extent of her connection to the man.

An investigation revealed that the while at home, her 64-year-old mother answered the door when the suspect knocked. As the victim came downstairs, she recognized the man and immediately demanded that he leave.

The suspect, 37-year-old Leonardo Larrarte of Lakewood, refused to leave and assaulted the nurse's mother. Then, he attacked the nurse,

A friend of the nurse happened to be upstairs and called 911 upon hearing the assault on the lower floor. The friend didn't know the house number but authoriites were able to locate the home thanks to location-detecting technology.

Meanwhile, the violent assault continued as Larrarte claimed the victim was his wife and demanded she come home with him or else he would kill her mother.

The victim was able to grab a knife from the kitchen and attempted to defend herself by stabbing the suspect, authorities say.

Larrarte was able to avoid being stabbed and continued to punch and choke the victim.

Police say Larrarte gave up eventually as the victim refused to stop fighting back for her safety.

Although Larrarte had fled the home, a suspect description led Sgt. Bondarew and K9 partner Vito to locate him and take him into custody.

After processing, Larrarte was transported to Monmouth County Correctional Institution where he will be held pending a hearing.

Authorities say it is not known how Larrarte found where the victim lived. However, Larrate did provide a statement implicating himself in the crime

Police seized his two cellphones as part of the investigation. Howell Police has the technology to analyze cellphones.

“Our homes are our sanctuary. A place that should always be safe. No one should have to go through such a traumatic, life altering incident such as this. Fortunately, she fought back and refused to quit," said Chief Kudrick of the Howell Township Police Department. "As a result she survived. Predators such as Larrarte should never be allowed to see another day of freedom to victimize another innocent person.”

The victim and her mother were treated and released from the hospital.