FOX 29's Kelly Rule reports after a woman was rescued from her burning home in Marple Township.

MARPLE TWP., Pa. - A woman was rescued out of a burning home on Friday night by two men who ran inside without any fire gear.

The fire broke out around 9 p.m. Friday on the 700 block of Saint Francis Drive.

Marple Township Police Officer Pete Baylor says when the call came in for a fire on Friday night, he could tell in the dispatcher’s voice that it was serious.

“There were quite a few people on the front lawn basically screaming for help that there was people inside,” says Officer Baylor.

Also a firefighter for more than 21 years, Officer Baylor says he did not hesitate to push through the front door.

“The fire was so thick and heavy and the heat was so intense it pushed me down, basically, to crawling on my stomach.”

He says that happened twice in two different attempts to get to a woman screaming for help. 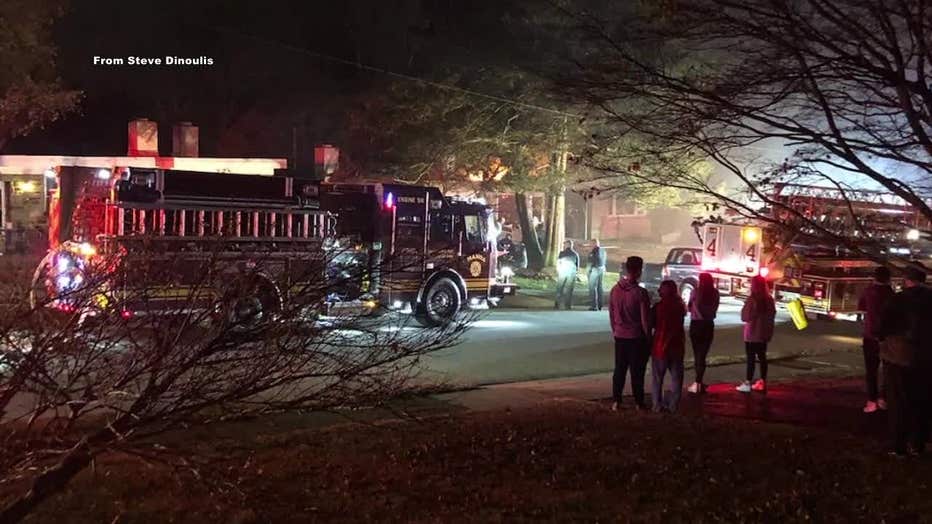 The fire broke out Friday in Marple Township.

Officer Baylor then moved to the back of the home, when a volunteer firefighter with the Springfield Fire Company showed up.

James Jardine just happened to be in the area with friends. He was off-duty and rushed to the home.

“You just go with your instincts, which was to go and try to make a grab," he explained.

Officer Baylor says both of them entered in different doors. Jardine was able to reach the woman and pull her out so they could bring her to an ambulance.

They tried to go back in for her husband, but the fire was far too dangerous to get to him. He unfortunately died in the fire.

The pair says they did everything they could to get into them.

Loved ones tell FOX 29 the man who died in the fire was receiving hospice care after a battle with cancer.

“When you put a uniform on and you go out there, you don't know what the night is going to bring,” says Officer Baylor. “Friday night, I was put in a situation where I had to react, and I hope everyone that wears this uniform would've done the same thing.”