The shooting happened at the Bam Bar on the 4900 block of Catharine Street.

PHILADELPHIA - Officials from the Philadelphia Police Department have released video from the shooting that happened in West Philadelphia early Wednesday.

The incident happened at the Bam Bar on the 4900 block of Catharine Street.

In the video, the fight is captured showing a group of men punching and kicking a man on the ground.

The suspect then comes onto the scene of the fight and a gun is visible in hand.

At the time, authorities explained that an officer was driving by the Bam when he saw the group attacking the other man. 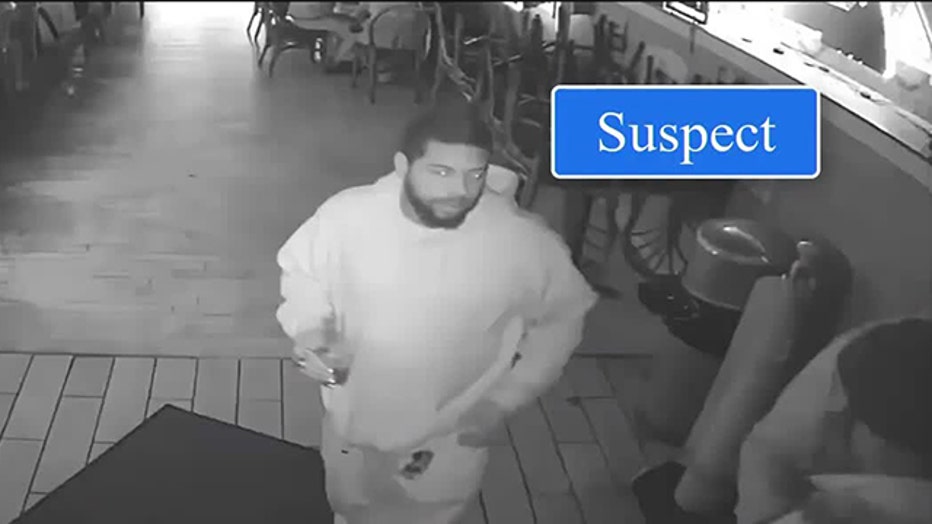 The officer got out of his vehicle and managed to stop the fight without anyone being injured.

However, six shots were fired at the off-duty officer, who managed to get back in his vehicle and drive to safety.

Police say someone then fired six shots at the off-duty officer, who managed to get back in his vehicle and drive to safety.

The suspect is described as a black man with a medium build. He was wearing a dark-colored hooded sweatshirt, dark-colored shoes and had several rings on his fingers.

Police are asking the public for help in identifying the man, but if you see the suspect do not approach. Instead, call 911 immediately.